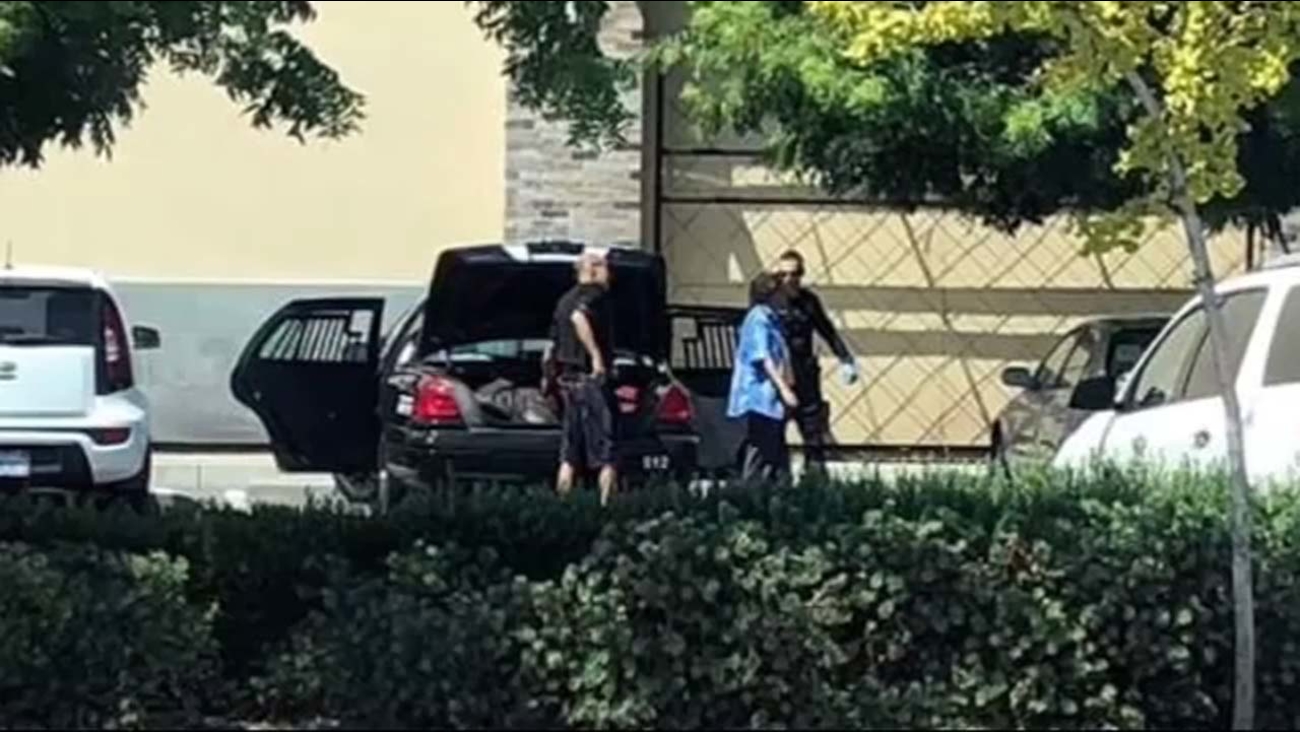 MODESTO, Calif. (KFSN) -- Police in Modesto are accusing a nearby police department of dumping homeless people in their city.

Body camera video was released by Escalon Police Department of an August incident. It was blurred by the department and it involves a friendly exchange two police officers had with two homeless people, as they were doing a welfare check.

Tammy Alcantor, the Escalon City Manager, said, "It wasn't our intent in dumping homeless in Modesto, again we were trying to help two individuals get to services."

Sgt. Kalani Souza of the Modesto Police department said, "We do feel that they were doing was dumping their problems off because they were no longer welcome in the community of Escalon."

Modesto PD received an anonymous photo from a resident who captured the Escalon officers dropping off two homeless people at a Rite-Aid store in Modesto.

Stanislaus County officials say this only adds to an already huge issue. One supervisor said there were 1,661 homeless people in the County last year-- of those 74-percent were in Modesto.