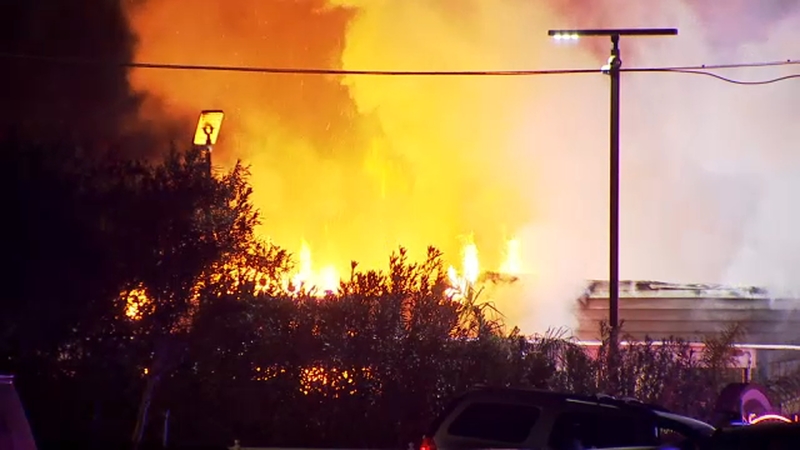 The fire started at the house on Palm and Dakota.

Dozens of firefighters were called to battle the flames.

Fresno Fire Battalion Chief Brad Driscoll told Action News he believes people passing by the two-story home reported the fire. By then, the house was engulfed in flames.

HOUSE FIRE: A portion of Dakota Ave. near Thorne Ave. is closed as fire crews work to put out flames at a home here. Neighbors say the house has been burning for about an hour. Unclear how the fire started or who was inside when it did. @ABC30 pic.twitter.com/rO1d37WCD2

When crews arrived, smoke and flames were coming from multiple sides of the building.

Fresno Fire officials say there were two people inside at the time. They got out safely and are receiving help from the Red Cross.

Firefighters searched the home but found no one else inside.

"Luckily, due to our aggressive firefighting actions for our first arriving units, the surrounding house and apartment complex were fine. We did have crews on the roof to make sure we didn't get any embers that extended on those homes," said Driscoll.

He said the house was a total loss. The cause of the fire is still under investigation.