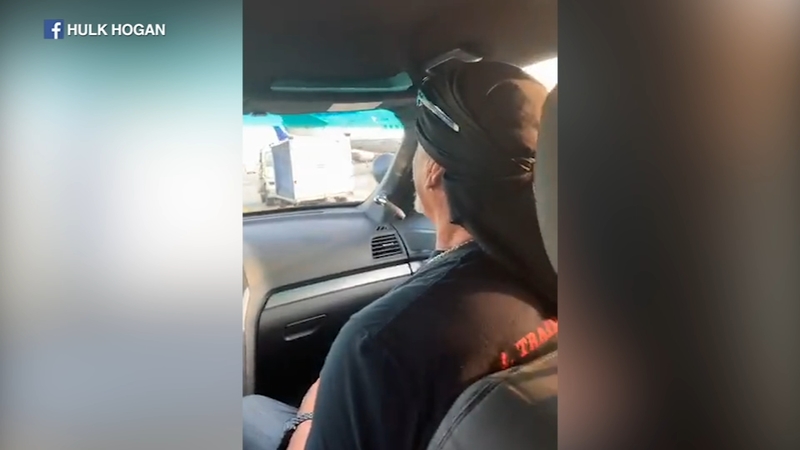 The Facebook Live video was posted to Hogan's page on August 2.

It shows Hogan sitting in the front-passenger seat of the squad car with his longtime wrestling manager, Jimmy Hart ,in the backseat

The video also shows the uniformed officer driving with the vehicle's sirens on.

"My Uber's got a siren," Hogan joked.

Chicago police said the video came to their attention this week and that it's of significant concern.

"This escort was not authorized by the department and Commander Thomas O'Brien of airport operations had no knowledge that it was taking place," said Anthony Guglielmi of the Chicago Police Department in a statement.

An internal affairs investigation has been opened into the officer and supervisors at the airport, according to police