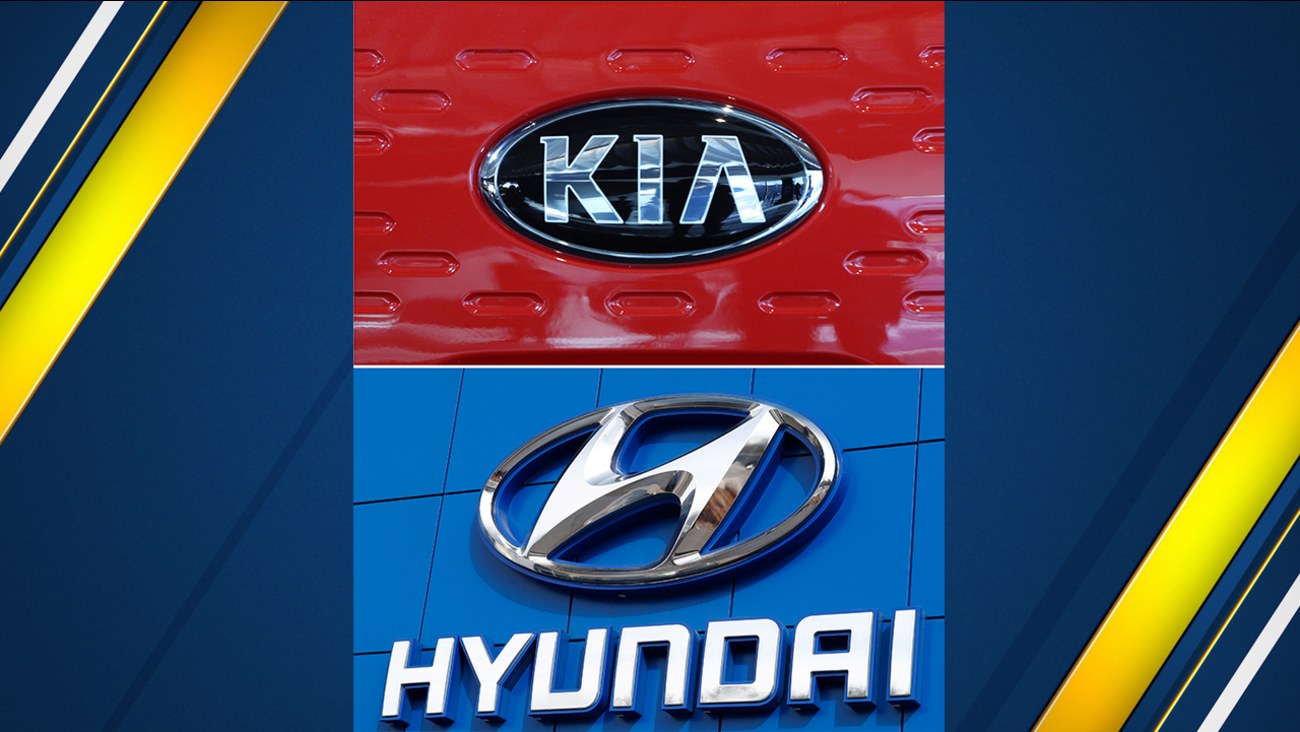 DETROIT -- Hyundai and Kia have added more than a half-million vehicles to 3 -year string of U.S. recalls for engine failures and fires.

Three recalls released Thursday by the government add new problems and vehicles to the Korean automakers' list of safety woes, which have brought hundreds of complaints about fires from across the nation.

The companies have now recalled nearly 2.4 million vehicles for fire and engine failure problems since September of 2015, and they are under investigation by the National Highway Traffic Safety Administration for potentially being slow to fix faulty vehicles.

In addition, the companies are doing a "product improvement campaign" covering another 3.7 million vehicles to install software that will alert drivers of possible engine failures and send the cars into a reduced-speed "limp" mode if problems are detected.

The largest of three recalls posted on the National Highway Traffic Safety Administration website Thursday covers nearly 379,000 Kia Soul small SUVs from 2012 through 2016 with 1.6-liter engines. Documents show that high exhaust gas temperatures can damage the catalytic converters, which control pollution. That can cause abnormal combustion and damage pistons and connecting rods. A failed connecting rod can pierce the engine block and cause oil leaks that can cause fires.

Documents show that Kia had been investigating fires in Souls after the nonprofit Center for Auto Safety petitioned the government to look into the fires last year. In November, the automaker couldn't find any safety problem trends but it kept monitoring repair data and found the problem with the catalytic converters.

Hyundai, which is affiliated with Kia, also has models with 1.6-liter engines. But spokesman Jim Trainor said they are different from the Soul with different control software. Kia spokesman James Bell said he would check into the other models.

In the Tuscon and Sportage recall, the fix for the oil pan problem is still being developed. Hyundai owners will be notified starting March 29, while Kia owners will get letters starting April 10.

In a letter to legislators mailed Wednesday, the Center for Auto Safety asked for congressional action to hold Hyundai and Kia responsible for failing to repair millions of fire-prone vehicles. The center said the government has more than 300 Hyundai-Kia fire complaints, which is high compared with similar vehicles.

"The better-late-than-never recall of Kia Souls hopefully will remedy this fire-causing defect," said Jason Levine, executive director of the center. "Yet one has to wonder why Kia's initial reaction was to deny the validity of our petition, particularly as there were dozens of reports of fires involving these vehicles all the way back to last summer."

Levine said Kia denied fire problems with the Soul and he questioned why the company is resisting recalls of other vehicles that are prone to fires.

In one recall document, NHTSA wrote that it had scheduled a meeting with Hyundai to discuss the fire and engine failure investigation, but the meeting had to be canceled due to the partial government shutdown. The documents don't say whether it has taken place since the shutdown ended. Messages were left Thursday seeking comment from NHTSA.

Documents in the latest round of recalls don't mention whether there have been any fires or injuries. In January, Kia said it had six reports of fires among vehicles being recalled for possible fuel leaks, while Hyundai said it had no fire reports. Neither company had any reports of injuries.