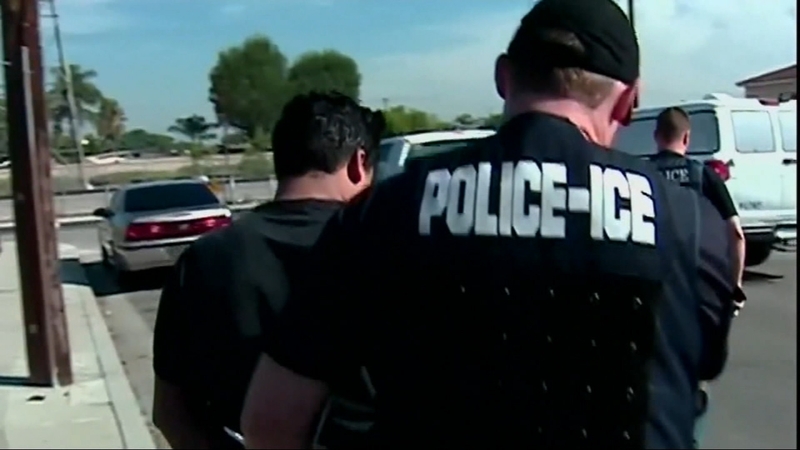 However, Mims assured the board her department was complying with the so-called "Sanctuary" laws of the state.

Her comments were made during a public forum under the state's new "Truth Law." The law requires a report from local law enforcement agencies on their interaction and communication with Immigration and Customs Enforcement, or ICE. Immigration activist Maricela Gutierrez, of the group SIREN, says Mims has gone too far in cooperating with ICE.

Most came to the hearing to speak out against the sheriff and ICE, but there were a few like Fresno County resident Marla Jenkins who support tough deportation policies.

But as an example of what some see as ICE's overreach, ACLU Attorney Maria Romani told the supervisors about an attempted ICE arrest at the county courthouse; "Just about 30 minutes ago we heard that ICE attempted to arrest someone in Fresno County Court, and they realized they had the wrong person, It was a mistaken identify. Their systems are out of date."

A video of the man being led away to a private area was provided to Action News. He was later released.

Part of the opposition to Mims is her apparent coziness with both ICE and the Trump administration. But Immigration Activist Brisa Cruz was told she was interrupted by Board Chairman Sal Quintero.

"She shook hands with Jeff Sessions, that filed the lawsuit against California challenging many pro-immigrant laws which a judge determined they are constitutional. She attended a meeting at the White House with Trump and said nothing."

"Excuse me, ma'am, if you could speak to the issues."