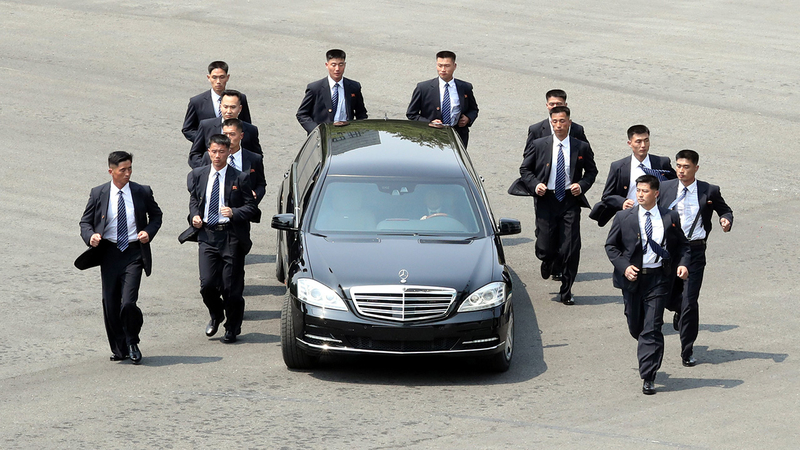 North Korean leader Kim Jong Un's bodyguards briefly caught the eyes of the world as they jogged alongside his limousine.

The contingent of a dozen men clad in dark suits was filmed flanking Kim's black Mercedes as he motored out of the Korean Demilitarized Zone during the inter-Korean summit. A clip from the press pool shows the bodyguards running in time with the limousine for more than a minute before disappearing back into North Korea.

The bodyguards are reportedly chosen for not only their physical prowess but also their appearance.

Footage of the bodyguards was widely circulated online, with one viewer quipping on Twitter that the internet would break if the twelve men "decide to drop an album or announce a world tour."

If they decide to drop an album or announce a world tour, the internet will basically just break
The 12 Bodyguards #KimJongUn #interkoreansummit pic.twitter.com/tGi0RWBQSJ