Jennifer Lopez is already 'hustling' her way through awards season 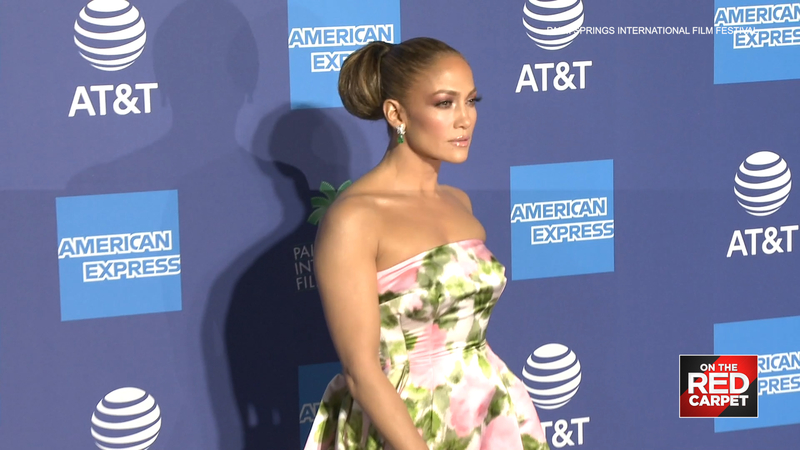 PALM SPRINGS, Calif. -- Jennifer Lopez is hustling her way through awards season. The actress and producer was honored with the Spotlight Award at the Palm Springs International Film Festival for her work on the movie "Hustlers."

"It's awesome. It's a legendary film festival," Lopez told On The Red Carpet. "To be here, to be getting an award tonight for a movie...about women who are usually in the background, it's an awesome thing."

There is talk that Lopez's performance could land her an Oscar nomination, but the "Hustlers" star will not acknowledge that notion.

When asked about the nominations, Lopez said, "I don't even know when it is, so don't tell me."

Lopez's next movie, "Marry Me," is a romantic comedy based upon the graphic novel of the same name by Bobby Crosby. Owen Wilson plays Lopez's love interest in the film, which is due for release later this year. Then what's next for Lopez?

"I guess I'd like to direct movies," said Lopez. "I don't know that I will, but it's something I think about. It's a bucket list thing."