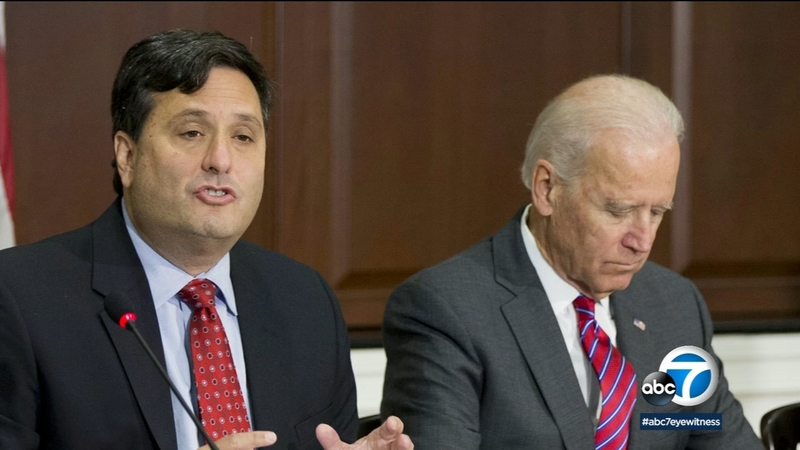 In a statement Wednesday night, Biden praised his newly-chosen chief of staff, citing Klain's "invaluable" efforts with the Ebola outbreak in 2014 and the economic crisis in 2009.

"Ron has been invaluable to me over the many years that we have worked together, including as we rescued the American economy from one of the worst downturns in our history in 2009 and later overcame a daunting public health emergency in 2014," Biden said.

He also served as a key adviser on the Biden campaign.

In a tweet Wednesday night, Klain said "I'm honored by the President-elect's confidence and will give my all to lead a talented and diverse team in a Biden-Harris WH."

I’ve seen so many kind wishes tonight on this website. Thank you - and I’m sorry I can’t reply to each of you.

I’m honored by the President-elect’s confidence and will give my all to lead a talented and diverse team in a Biden-Harris WH.

The choice of Klain underscores the effort the incoming Biden administration will place on the coronavirus response from day one.

"His deep, varied experience and capacity to work with people all across the political spectrum is precisely what I need in a White House chief of staff as we confront this moment of crisis and bring our country together again," Biden said.

Klain called it an "honor of a lifetime" to be chosen for the chief of staff role.

"It's the honor of a lifetime to serve president-elect Biden in this role, and I am humbled by his confidence," Klain said in a statement. "I look forward to helping him and the vice president-elect assemble a talented and diverse team to work in the White House, as we tackle their ambitious agenda for change, and seek to heal the divides in our country."