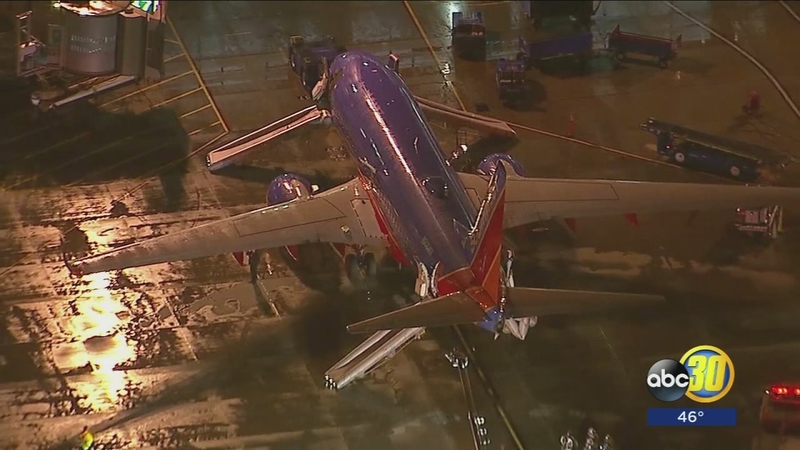 SANTA ANA, Calif. -- A flight from John Wayne Airport was forced to turn around and evacuate due to a report of smoke in the aircraft.

The Southwest 737 was bound for San Jose but had to turn around and evacuate passengers using a slide before it was able to fully return to the gate.

The plane's 139 passengers and five crew members on flight 2123 were all evacuated safely and the fire was extinguished.

Airport officials said the smoke was caused by a fire in the auxiliary power unit.

The incident was first reported around 7:30 p.m.