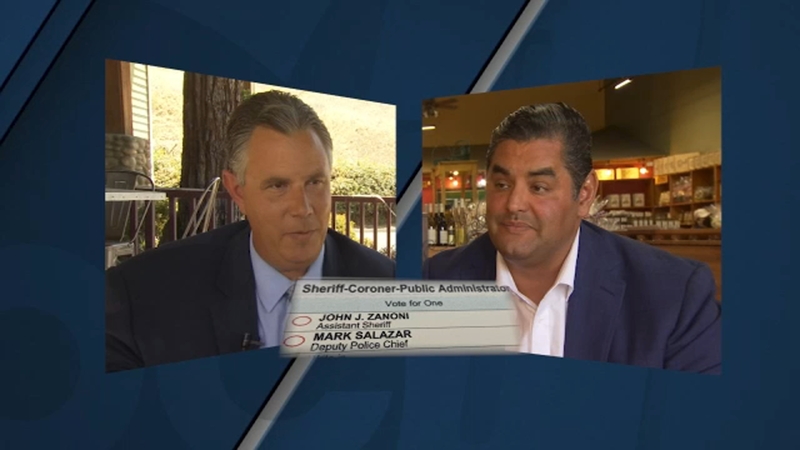 FRESNO, Calif. (KFSN) -- John Zanoni and his supporters left a downtown watch party Tuesday night confident the votes were there to ensure victory.

A day later, Zanoni could see the finish line for this competitive race for Fresno County Sheriff.

"Right now, we're looking pretty good, looking forward to Friday and if the trend continues as it did last night, as we kind of kept increasing our lead as the night grew on, I believe Friday will be a good day," he said.

"I'll wait til Friday to say Sheriff-elect because I want to make sure," he said.

"I think Friday's going to give us a good measure, so congratulations, John," Mims said. "You're doing well. He will be responsible for doing all of this in 206 days."

Zanoni says while he awaits certification of the final vote, he will be working with Sheriff Mims to get a transition plan into place.

"So when I do take over in January, we can hit the ground running, that we can implement effective changes immediately and we can improve the sheriff's office," he said.

Again, 35,200 votes still need to be counted but Zanoni believes the next update won't show a dramatically different trend in how people voted.