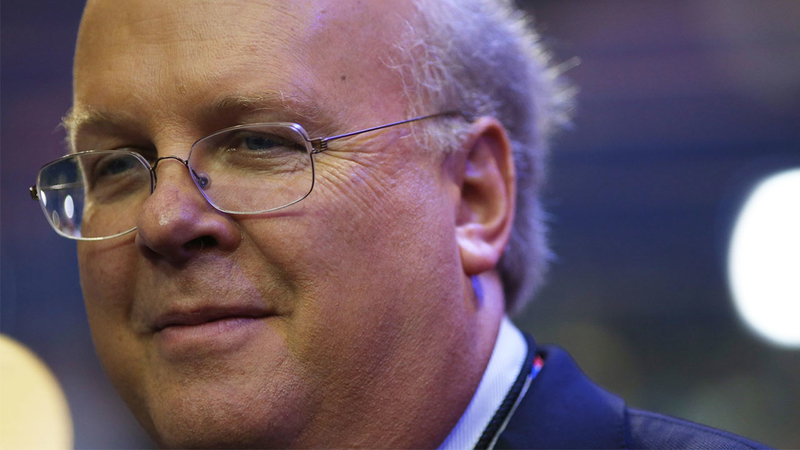 WASHINGTON -- Karl Rove, the architect of former President George W. Bush's gubernatorial and presidential campaigns, acknowledged Wednesday that the 2020 presidential election will not be overturned regardless of the flurry of lawsuits from President Donald Trump challenging the results.

Rove -- who sources said advised the White House and Trump campaign leading up to the 2020 election -- wrote in a Wall Street Journal op-ed that while the President is within his right to challenge the results, his efforts "are unlikely to move a single state from Mr. Biden's column, and certainly they're not enough to change the final outcome."

To prevail, Rove wrote, Trump would need to "prove systemic fraud, with illegal votes in the tens of thousands. There is no evidence of that so far. Unless some emerges quickly, the President's chances in court will decline precipitously when states start certifying results."

"Closing out this election will be a hard but necessary step toward restoring some unity and political equilibrium," he added. "Once his days in court are over, the President should do his part to unite the country by leading a peaceful transition and letting grievances go."
EMBED More News Videos

In court, Republicans and the Trump campaign have lodged none of the types of serious legal challenges that could prompt recounts or challenges of vote counts over a significant numbers of ballots in the battlegrounds of Pennsylvania, Michigan, Nevada, Arizona and Georgia.

In order to use the courts to win the presidential election, the Republicans and Trump campaign would need to challenge enough votes in court to flip a state they're losing in their favor.

"That's a standard they haven't been close to meeting yet," Ben Ginsberg, a longtime Republican lawyer and CNN analyst, told CNN's Jake Tapper.

Still, Trump implied Tuesday he would continue contesting the results for at least another week.