A look at what the FBI's Kavanaugh investigation will entail 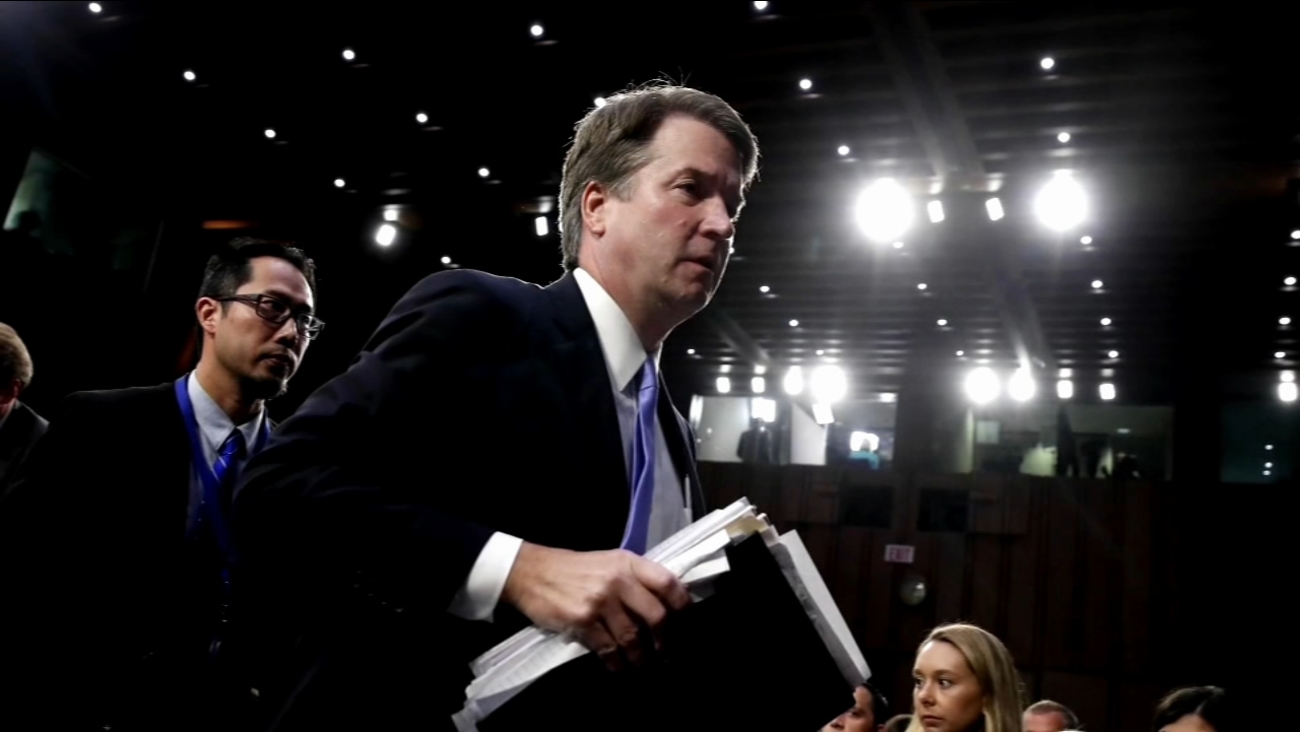 The Senate Judiciary Committee asked the White House to ask the FBI to conduct the supplemental investigation, which will be "limited to current credible allegations" and must be done by Oct. 5.

An FBI spokeswoman did not immediately respond to questions about the investigation, including how many agents would be assigned and whether it could be completed in a week.

Here's a look at what a reopened FBI investigation would and wouldn't do:

WHAT IS THE FBI'S ROLE?

The FBI conducts background checks for federal nominees but the agency does not make judgments on the credibility or significance of allegations.

Typically, background investigations do not go back decades, as will be needed in Kavanaugh's case because the allegations are about things said to have happened during his teenage years.

COULD THE FBI INVESTIGATION BRING CLARITY TO WHAT HAPPENED?

Perhaps. The FBI has wide discretion in determining the scope of the investigation.

The Senate Judiciary Committee has questioned Kavanaugh and one of his accusers, Christine Blasey Ford, and other potential witnesses have submitted sworn statements. But FBI agents could interview the other accusers and witnesses and gather additional evidence or details.

David Gomez, a former FBI counterterrorism supervisor in Seattle, said typically FBI headquarters will divide up leads that get assigned to different field offices across the U.S. for further investigation and are assigned a quick deadline. The local offices will generally assign as many staff as necessary to pursue those leads.

A good agent, he said, "would address Kavanaugh's behavior and demeanor and credibility during his high school years."

Kavanaugh's high school friend, Mark Judge, who Ford says was in the room when a drunken Kavanaugh sexually assaulted her, said Friday that he will cooperate with any law enforcement agency that will "confidentially investigate" sexual misconduct allegations against him and Kavanaugh.

Both Judge and Kavanaugh have vehemently denied any allegation of misconduct.

An attorney for PJ Smyth, another person who Ford said was in the house when she was attacked, said his client "is happy to cooperate fully with this FBI investigation."

CAN AN INVESTIGATION BE DONE IN A WEEK?

Experts say the work can be done in a matter of days in most circumstances.

Ron Hosko, a former FBI assistant director, said background investigations done by the bureau typically have short turnaround times because the requesting agency needs the information quickly in order to make a decision on the nominee.

The FBI cannot force someone to talk to them as part of the process.

"Based on what we publicly know as far as the universe of people, I don't see any reason why the FBI could not complete an investigation within one week," said Mark Zaid, a Washington lawyer and expert in security clearance and background investigations. "Remember, they're not reaching a decision or recommendation. They are just compiling the investigation and reporting on it."

WHAT DOES KAVANAUGH SAY ABOUT THIS?

Kavanaugh wouldn't answer directly when he was asked Thursday if he would agree to an FBI investigation, but said he would do whatever the Judiciary Committee wanted.

In a statement released by the White House on Friday, Kavanaugh said he was interviewed by the FBI throughout the selection process and participated in several background calls with the Senate.

"I've done everything they have requested and will continue to cooperate," he said.