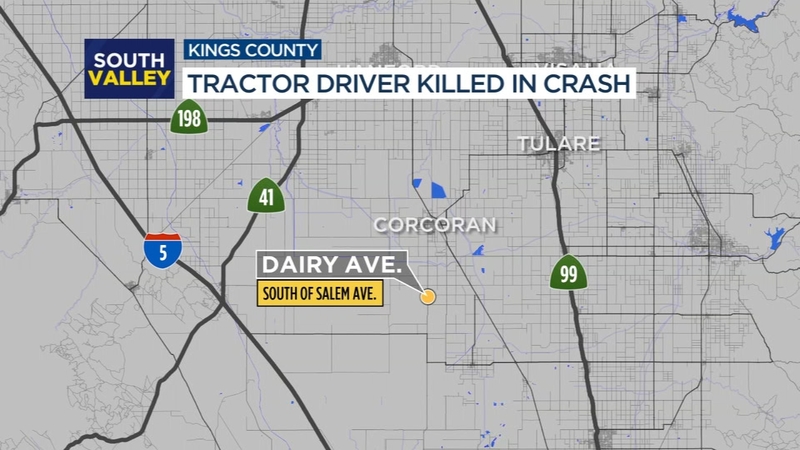 KINGS COUNTY, Calif. (KFSN) -- A 74-year-old man was killed in a King County crash over the weekend, the California Highway Patrol says.

It happened Saturday just after 8 am on Dairy Avenue near Salem Avenue, south of Corcoran.

Investigators say the 74-year-old was operating a Caterpillar backhoe along a dirt road near Salem Avenue.

The driver drove along the shoulder of Dairy Avenue and onto the roadway. Officers say that's when an oncoming Freightliner semi-truck crashed into him.

The Caterpillar overturned, ejecting the 74-year-old.

A short time later, another driver in a trash truck hit both the semi-truck and the Caterpillar tractor.

The CHP says the 74-year-old was pronounced dead at the scene.

The 35-year-old semi-truck driver was taken to Kaweah Health Medical Center with minor injuries. The third driver was not hurt.

Investigators say visibility was limited due to the fog conditions in the area. The crash is still under investigation.