KOKOMO, Ind. -- A mother of four is frustrated after being told she shouldn't breastfeed in public at an Indiana water park.

Kayla Britton says she was at the Kokomo Beach Water Park when a lifeguard told her to stop breastfeeding in public and that she should use the on-site breastfeeding room, WXIN reports.

"I was walking with my toddler from one end of the water park to the other and I was told by a life guard that I was not allowed to feed my baby," said Britton.

"It doesn't matter who's around or not around," Britton said. "I just said 'uh no', and kept on walking because I know my rights. I know the law."

In a statement, city officials say the lifeguard saw Kayla walking through a pool breastfeeding the child. They feared the baby could ingest pool chemicals during the feeding.

However, Britton says she was at the water's edge.

"I'm well over 5 foot tall so I don't think he could be exposed to pool water 5 feet above it," said Britton. 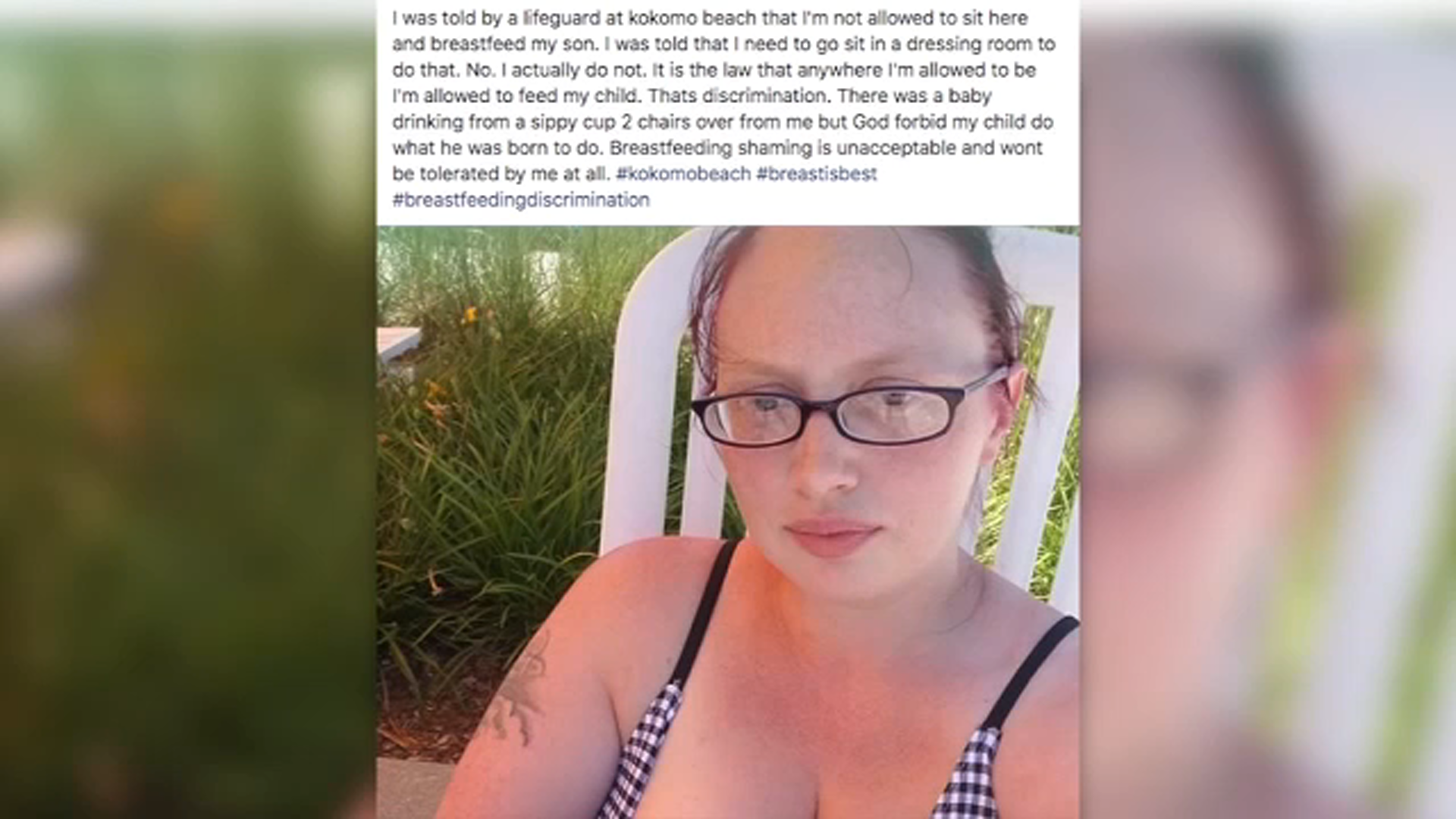