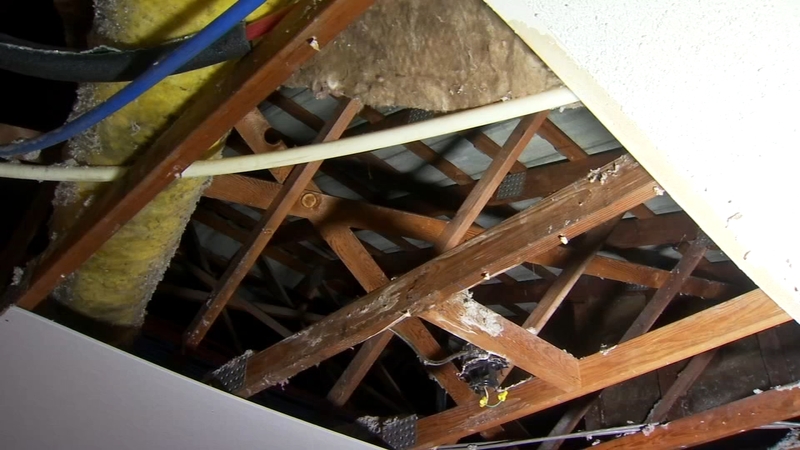 FRESNO, Calif. (KFSN) -- Jessilyn Hodges says it's been a nightmare as she sits surrounded by her clothes, belongings, and pets. She feels her privacy is gone.

Just two months after moving into the La Casa Feliz apartment complex, she's already getting ready to move out after the ceiling of her room came crashing down.

"It was one big dust storm that came right at us, it was hard for her to even see me," says Hodges.

She says piles of rat poison, debris and insulation came down on her and her dog the day before Thanksgiving.

Hours later, the ceiling in the kitchen also collapsed.

"There was water in buckets running through. I had to change buckets throughout the night," said Hodges.

Her roommate, Kellie Martin, says they called the property manager, and after several hours, they finally got a visit from the maintenance crew.

They fixed the kitchen ceiling, but Martin says they left and never returned to fix the even bigger hole in the bedroom.

She's tried to call the property manager for weeks but hasn't gotten any of her calls for help returned.

Martin says the maintenance team told her that the hole was a result of rodents chewing through the pipes, a problem she says the complex has been dealing with for years.

Hodges says there's nothing else they can do so she stuck here until they can move out.