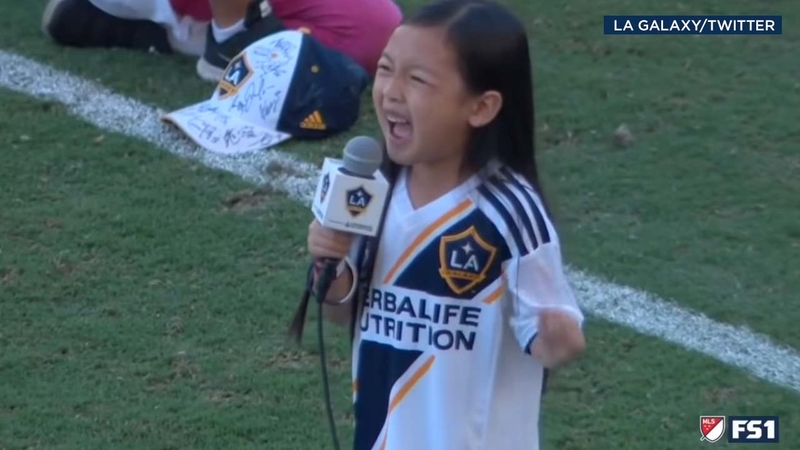 CARSON, Calif. -- The Los Angeles Galaxy may have won its match against the Seattle Sounders Sunday night, but it was a 7-year-old little girl who had everyone cheering.

The young songstress ended up stealing the show with her rendition of the national anthem.

Malea Emma sang "The Star-Spangled Banner" ahead of the game. Video of her rousing performance has racked up thousands of views on the L.A. Galaxy's Twitter, Facebook and YouTube accounts.

Galaxy star Zlatan Ibrahimovic even called Malea the MVP of the night.

MVP of the game! https://t.co/eZ2WdQsVN7

As for the game, Ibrahimovic scored his 18th goal of the season, and Los Angeles beat Seattle 3-0 for Dominic Kinnear's first victory as the Galaxy's interim coach.