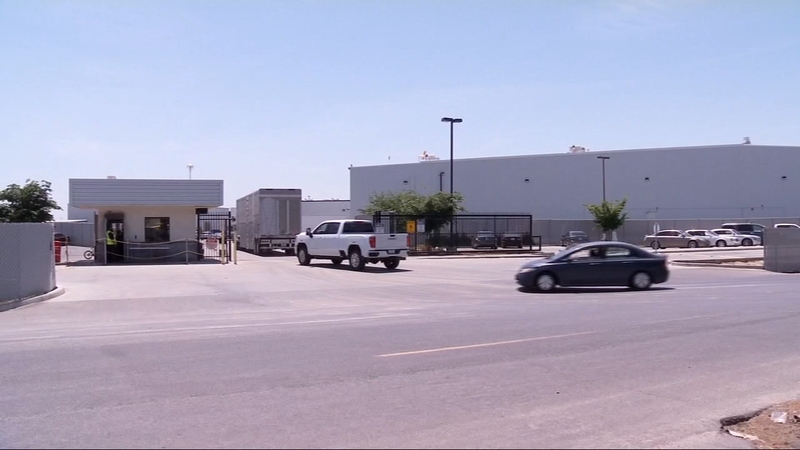 A San Diego law firm believes at least 200 employees at Central Valley Meat Company in Hanford have tested positive for the disease since an outbreak at the facility in April.

"Reportedly across the country, a lot of plants closed or they slowed production," said Haeggquist & Eck Partner Aaron Olsen. "Central Valley Meat did none of that. They didn't slow the production at all. We still have a production line running full speed."

Olsen represents one of the company's infected workers, Maria Ornelas, who is the named plaintiff in a new class action lawsuit against her employer.

Ornelas, according to the suit, was exposed to another worker who tested positive for COVID in April.

While on unpaid leave, the lawsuit says, Ornelas not only lost bonus and incentive pay given to employees who worked during the pandemic, but also received points toward discipline under an existing 'no fault attendance' policy, which her lawyers say both violates laws and encourages sick employees to work.

"So missing work is hard for them," Olsen said. "And then you have these policies that are going to have this coercive effect and incentivize them kind of to come into work even if they're sick. So it's kind of dangling the carrot out in front of them."

The company's policies and other acts of misconduct, the lawsuit claims, made the spread of the virus worse at the plant.

"The most significant measures disregarded by Central Valley Meat include timely notifying workers of positive COVID-19 cases, spacing workers at least six feet apart while working on the processing line and modifying workplace policies that pressure sick employees to report to work," the lawsuit continues.

Despite suing her employer, lawyers for Ornelas say she would like to come back to work once her health improves.

"And hopefully have her return to a workplace that's safe and healthy for her to return to," Olsen said. "And if those stars align like we hope they will, then she has every intent on returning."