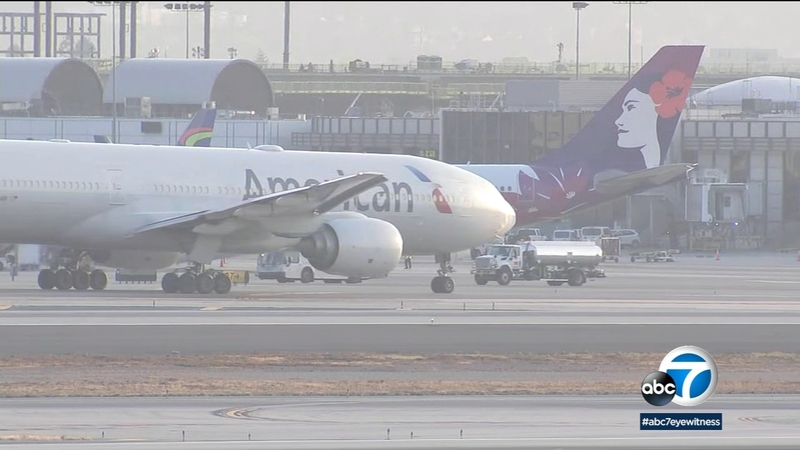 LOS ANGELES -- A man was arrested Sunday morning at Los Angeles International Airport for boarding a parked American Airlines plane after he breached the airfield by using a pipe to pry open a fence, according to airport police.

Police said the man walked into the aircraft around 4:45 a.m. as a crew was cleaning it. When the crew saw him, they held him down until officers arrived to make an arrest.

The suspect allegedly used a pipe to open the bottom of a perimeter fence and squeezed underneath it to trespass onto the airfield.

The man, who police described as homeless, was arrested for trespassing and was taken in for a psychiatric evaluation.

American Airlines said in a statement the plane has since been re-inspected by security teams.

Airport officials say operations were not impacted by the incident.