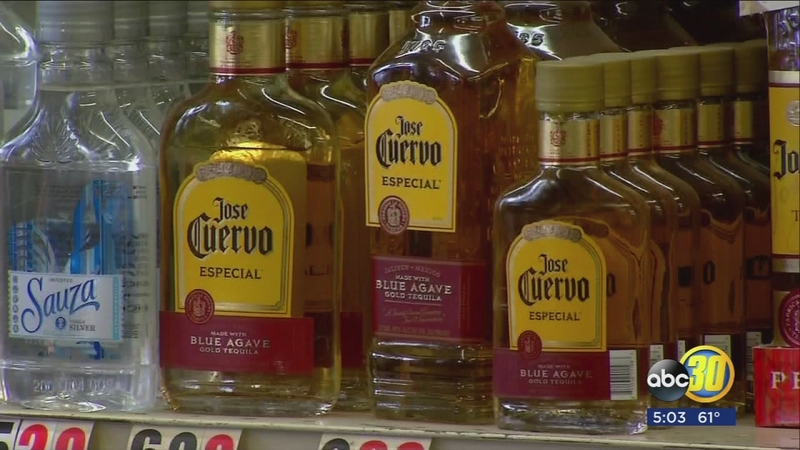 TULARE, Calif. (KFSN) -- A mini-market must stay dry for the time being after it sold alcohol to minors on several occasions.

Selling alcoholic beverages is out of the mix for Tulare Food Mart -- at least for the next year after the Department of Alcoholic Beverage Control, or ABC, revoked its license Thursday.

Supervising Agent in Charge, Jason Montgomery says the store sold alcohol to minors three times in a three year period, in 2013, 2014, and 2015.

The action was taken now because there were appeals.

Montgomery says the investigation started with a complaint.

One of the violations came after the department's use of their Minor Decoy Program.

The others were observed with the help of Tulare Police. The store's owner did not want to speak on camera but his son says they regret what has happened and would like to move on.

He also says the family-run business will take a huge hit because of this but that they will try and reapply for an alcohol license in one year.

Montgomery said, "Once the year is expired, someone else or the people that actually own the store itself could attempt to reapply for a new alcohol license at that location."
Report a correction or typo
Related topics:
fresno countyunderage drinkingalcoholsales
Copyright © 2021 KFSN-TV. All Rights Reserved.
ALCOHOL
America's oldest distillery in NJ offers taste of American history
CA will let to-go cocktails stay after June 15, Newsom says
New beer tastes bad on purpose to highlight climate change
Fresno bars look to rebound after pandemic
TOP STORIES
Merced teacher back home after battle with COVID-19
Looking back at the ups and downs of COVID in Central CA
24-year-old man shot in southwest Fresno, police say
What changes throughout Central California as state reopens
CA has reopened, but not everyone can go maskless
Suspect involved in standoff in Kings County identified
19-year-old arrested on arson charges for NW Fresno fires
Show More
What to expect from CA's reopening today
Newsom picks 10 winners of $15M to celebrate reopening
1 killed in shooting on Hwy 99 near Merced
Valley doctors discuss California's reopening
Valley travel industry shows signs of rebound as CA reopens
More TOP STORIES News