The impact of the crash caused the sedan to split in two. Half of the vehicle fell into the creek.
KFSN 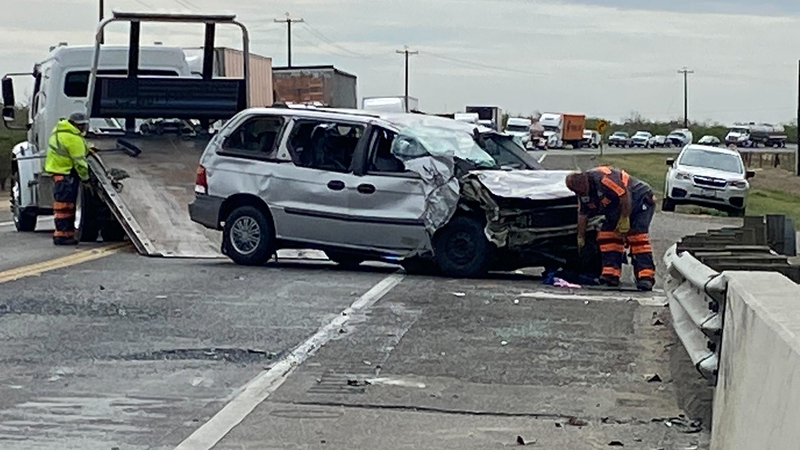 MADERA, Calif. (KFSN) -- The California Highway Patrol is investigating a crash that sent four people to the hospital and temporarily shut down a highway in Madera County.

The crash happened on the bridge that crosses Cottonwood Creek just after 10:30 am.

CHP officers say the driver of a sedan was northbound on Highway 145 when he drifted off the road, hit a guard rail and bounced back into the southbound lane, slamming into an oncoming van.

The impact of the crash caused the sedan to split in two. Half of the vehicle fell into the creek.

The driver of the sedan and his female passenger both suffered major injuries. They were taken to a local hospital.

Officials say six family members were traveling in the van. Two of them were also taken to the hospital with major injuries. Two others had complaints of pain, and a baby and a child in the van were not hurt.

A section of Highway 145 was closed for about an hour but has since reopened.