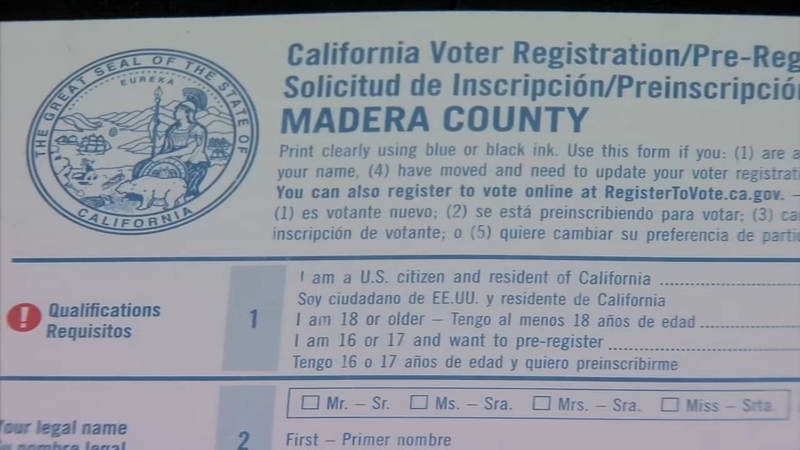 The suspect is from Monterey County, but investigators say she submitted several falsified voter registration cards in Madera.

Officials say it's a crime they don't take lightly.

"It's extremely bothersome that people are out there want to interfere with our democracy," says Madera County Registrar of Voters Rebecca Martinez.
That's exactly what 29-year-old April Atilano is accused of doing in July of 2018. Staff members in the Madera County Elections Office noticed something strange on several voter registration cards they received that were distributed by Atilano ahead of the gubernatorial election.

Martinez says, "Many of these cards were for people whose date of birth had been changed maybe a couple of days. The signatures did not even come close to the signatures we had on file."

Martinez ordered all of the cards associated with Atilano and the organization she reportedly worked for, EVP 2018, to be quarantined.

The affected voters were also contacted, and many confirmed they had not tried to re-register and did not want to change their party affiliation as the cards indicated.

Martinez explains, "Most of the cards that were turned in to us, the party had been turned to Democrat. For me, it's not a partisan issue. You're either out there committing illegal acts or you're not."
Martinez turned over the evidence to the Secretary of State's Office and the Madera County District Attorney's Office, sparking a year-long investigation.

Atilano is now facing 12 counts related to voter fraud and could face up to 10 years and four months behind bars if convicted.

She was not booked in jail, but she has been ordered to appear in Madera County Superior Court on November 4.

District Attorney Sally Moreno released a statement saying in part, "We intend to prosecute this case to the fullest extent of the law."

Officials also hope this case sends a message to anyone else with plans to tamper with an election.

Martinez says, "People who are going to go out and do voter registration drives need to understand that we are going to be watching."

Martinez says she's proud of her staff for spotting the suspicious registration cards.

She says they look closely at every detail, and they even have another training on signature verification coming up in January.