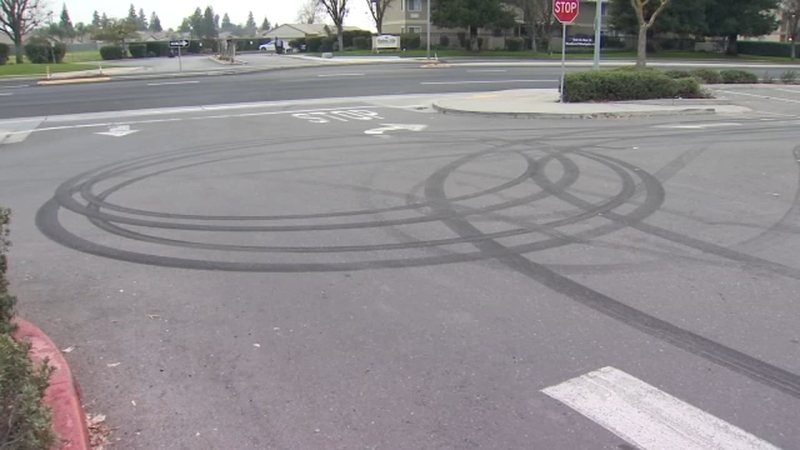 MADERA, Calif. (KFSN) -- Right between the Bay Area and LA, communities along the 99 are often magnets for car and racing enthusiasts to meet.

"There may be a belief out there that's it's a small town or a slow city and you know that there's going to be no enforcement action taken," says Madera Police Sgt. Felix Gonzalez.

But that was not the case this weekend. Madera Police and California Highway Patrol together conducted 97 traffic stops, made seven DUI arrests, issued 26 citations and impounded seven vehicles.

"They'll just kind of regroup and try to find another place to continue on with what they were originally trying to do," Gonzalez said.

Officers say it's not long before groups head up the 99 and often end up in Madera to do more of the same behind the wheel. A popular spot is the Home Depot Parking lot. Tire marks are left behind from so-called car meet ups.

Earlier this month, officers broke up activity at the lot at 99 and Kennedy St. after complaints came in from the community.

Ismael Rodriguez traveled from LA to take part. He goes to similar gatherings across the state and country and captures it all for his YouTube channel. It's his fulltime job.

He expects police encounters and says citations are a cost of creating content for his channel.

It's a response that Madera PD says takes away critical resources.

"Personnel could be limited," Gonzalez said. "Having to respond to calls, nuisances like reckless driving, sideshowing, can dramatically impact our response to emergency calls."

Last year, state legislators passed a law that would stiffen street racing and sideshow penalties to include the suspension of licences and even jail time. But the law doesn't go into effect until 2025.

In the meantime, car enthusiasts like Ismael are still taking to parking lots where followers and fans gather. Which he believes is safer than racing on the streets.

"When there's a lot of people involved, you're risking someone just running right in front of you, hitting them and it just gets dangerous and dangerous day by day," he said.