Fresno man lives to tell about his life in the mafia 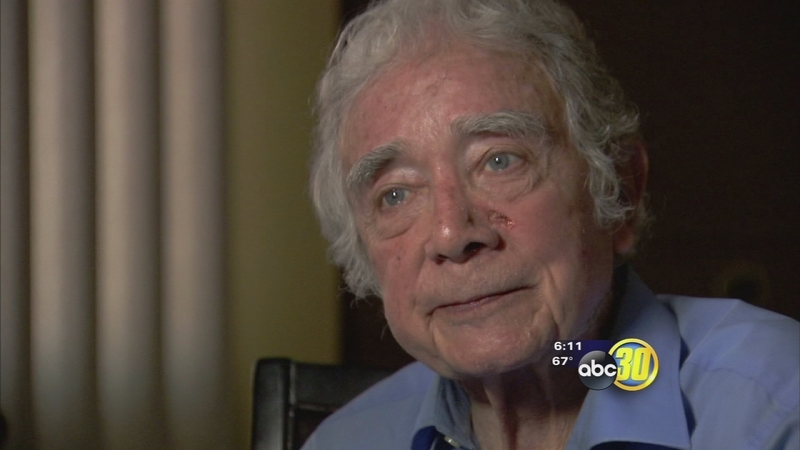 FRESNO, Calif. (KFSN) -- 85-year old Joe Donato has lived two separate lives. One was filled with violence - as a member of the mafia. But now the former mobster lives a quiet, peaceful life in Fresno.

The growth of the mafia matched the urban sprawl of Los Angeles during the 1950's. Joe Donato was a wealthy mobster back then but he's not proud of his past. An Action News reporter asked Joe, "How many murders do you think you had a hand in whether it was yourself involved or putting out the word, putting out a hit on somebody?

He laughed before he took a serious tone and answered, "I would say too many."

In 1961, Donato was charged with first-degree murder after shooting his gambling business partner. Joe explained, "We had a big argument and he came to my house. We had a showdown and, unfortunately, I had to kill him."

Donato claimed self-defense and was acquitted. The mafia bookie quickly rose through the ranks of a crime family he did not want to identify. "In California I was almost second in command and the guys before me, quite a few of them, were shot to death."

Joseph Donato's long rap sheet began in Pennsylvania where he grew up. Book-making. Assault and battery. Attempted murder. Donato even took aim at one of his brothers. He said, "Oh I just blew my top. He said something about me that I didn't like. I purposely missed him."

Joe wanted a way out. "I didn't want to take anybody's life anymore."

Thus began his spiritual journey. Joe said, "I started to turn all my gambling empire over to my friends. I said it's all yours. Take it. I don't want nothing to do with it."

Donato didn't fear for his life when he left the mob because he said, "I never ratted on any of them."

In 1975, Joe published a book titled "Tell It To The Mafia" because "I wanted to reach the people nobody could reach."

Author Wyn Hope was the sister in law of comedian Bob Hope. These days Joe is a resident at the Health Centre of Fresno. Fellow residents and most staffers have no idea this smiling guy has such a dark past. Two decades ago Donato came to Fresno to preach at local jails and prisons. Pastor Bruce Hood said, "He knew exactly what I needed to become what God intended for me to be."

Hood had found the answer to his prayers. He remembered, "I thought I was a bad boy and the baddest man on the block until I talked to Joe Donato."

When Joe left the mob he used his money to help needy kids around the world. Donato said, "I started selling my properties, taking all this cash, building orphanages in India and Africa, loving every part of it."

Hood added, "He can tell me and other men, you can change too."