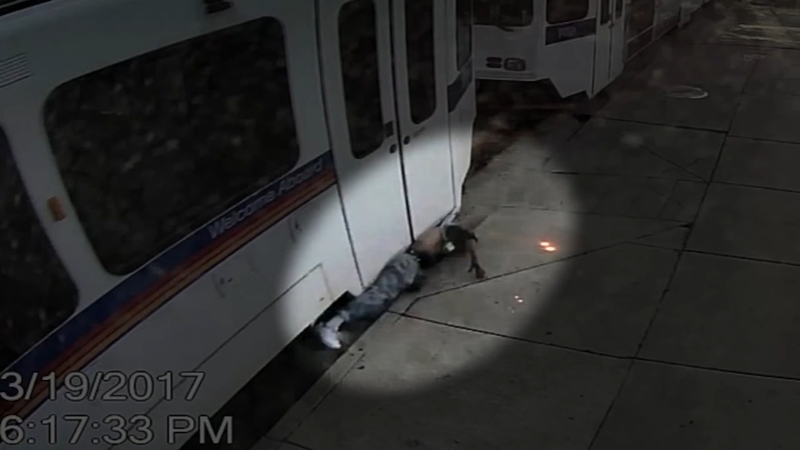 DENVER, Colo. -- Shocking video shows a man being dragged by a train in Denver, Colorado. Amazingly, he survived.

ABC affiliate KMGH reports Sam Hynes' bike became stuck in the train door as he got off the RTD light rail train at the Colfax at Auraria stop on March 19, 2017. Hynes freed his bicycle and got off the train. The man's attorney then says he then lost his balance and fell. He became trapped between the train platform and the outer edge of the train.

Video from platform security cameras shows Hynes being dragged by the train until his body hits what appears to be a wheelchair ramp.

The velocity at which he hits the ramp dislodges his body from under the train, the video appears to show.