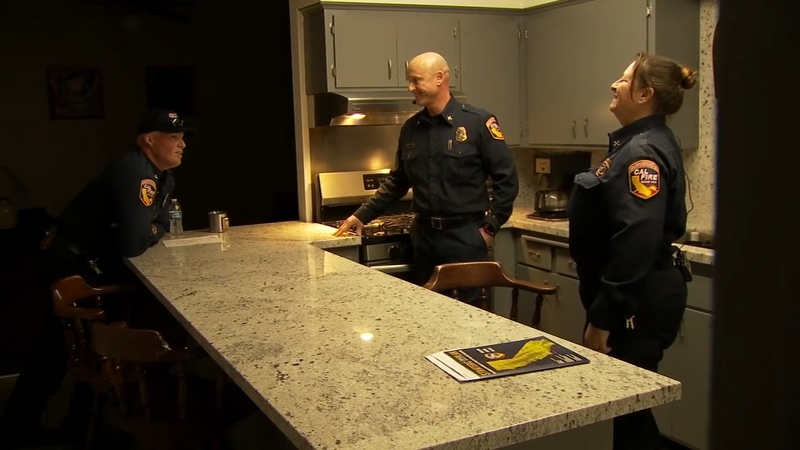 FRESNO, Calif. (KFSN) -- "I don't think when you sign up for this job that you realize the things that you're going to see," says Cal Fire Fresno Co. Battalion Chief Josh Campbell.

Campbell has spent the last 23 years putting service above self and has been on the front lines of seven of the 10 most destructive wildfires in state history.

"I always thought the Cedar fire would be the biggest fire in my career that I'd ever go on," Campbell said. "I wasn't even close."

Fifteen years after the Cedar incident, Campbell would be faced with California's deadliest and most destructive fire season yet.

"Once we started dealing with the campfire, the Carr fire, Thomas fire, all those fires just blew it away, and you're like, 'good grief, is it ever going to end,'" Campbell said.

Campbell was working alongside Dozer operator Don Smith and Redding firefighter Jeremy Stoke when they were killed in the Carr fire. He'd soon realize the flames weren't his only battle.

Campbell refused the incident command's suggestion to take time off and instead worked for three months straight, battling the Carr, Hirz and Delta fires in Shasta County.

"I put a mask on every single day," Campbell said. "Had a job to do, but deep down inside, I was broke beyond belief.

After a 10-day vacation, he'd move to the camp fire in Paradise.

"It looked like something out of a movie," Campbell said. "Everything around you was on fire. People were running for their lives. "We were doing things that haven't been done in the fire service for years."

Hours after coming home, he left his family. Campbell says he was a trigger pull away from ending his life.

"I shook," Campbell said. "I still remember what was probably a minute or two seemed like an eternity, and all I could think about was my family.

Cal Fire helped get professional help for him and his family. Now, Campbell uses his story of survival to open the dialogue for other firefighters.

Zaver has served as a peer support coordinator for the last decade.