Cops dress as superheroes, surprise children in the hospital 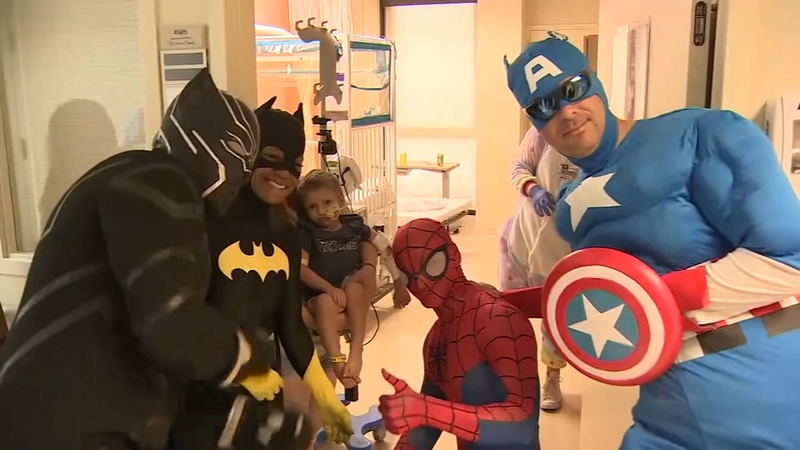 Cops dress as superheroes, visit children in the hospital

MIAMI, Florida -- Miami police are already considered heroes by many for the work they do. But a group of officers went above and beyond on Friday, dressing up as superheroes to brighten the day for kids at a local children's hospital.

WSVN-TV reports, it was a very special day at Holtz Children's Hospital.

The Miami Police Department teamed up with the hospital to spread smiles in a very unique way: visiting children while dressed as superheroes.

Batgirl, Black Panther, Captain America, and Spider-Man all made the trip, with police officers wearing the iconic super suits.

"For us to have the opportunity to come to them, give them some joy, give them some happiness, and also let them know that they are actually the ones that are the superheroes - not us. They are the superheroes. Their strength is just something that's so motivational that it's a great opportunity for us to be a part of," said an unidentified officer dressed as Spider-Man.

This was the department's idea, and the hospital jumped on board.

For children admitted to the hospital it serves as a distraction to the medical problems they face.

And for the officers who made the trip so special, spreading happiness among the young patients made it all worth it.

"Just seeing the smiles on these kids' faces as we approached their doorway, as we approach their rooms, just to see the joy that somebody came out to visit them and obviously somebody that's somewhat of a celebrity. Their reaction was the best feeling in the world," the unidentified officer said.

A sentiment shared by all the superheroes.