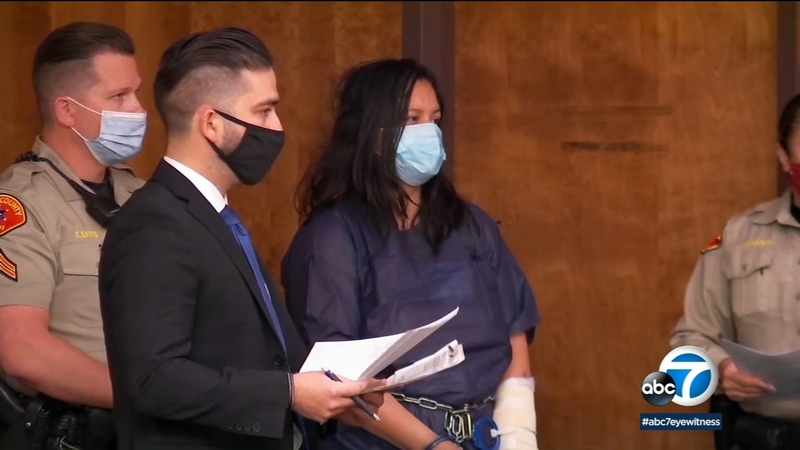 LOS ANGELES -- Lilliana Carrillo, the woman accused of killing her three children in an apartment in Los Angeles in southern California, was charged with three counts of murder on Monday.

Carrillo is accused of killing her children, 3-year-old Joanna, 2-year-old Terry and 6-month-old Sierra, on April 10 and leaving their bodies in the apartment where they were found by their grandmother later that morning.

She fled and was found and arrested in Tulare County later that day.

Carrillo confessed in a television interview to drowning the children, saying she was trying to protect them from their father, whom she claimed was involved in human trafficking.

"I drowned them. I did it as softly ... I don't know how to explain it," Lilliana Carrillo said Thursday in a disturbing jailhouse interview with KGET-TV. "I hugged them. I kissed them. I was apologizing the whole time. I loved my kids."

During a custody battle with their father, he had accused her of mental instability, paranoia and depression.

The charges also allege that Carrillo used a knife against her youngest child.