A motorcycle rider has died after a crash that police say may have stemmed from a road rage incident in central Fresno.
KFSN 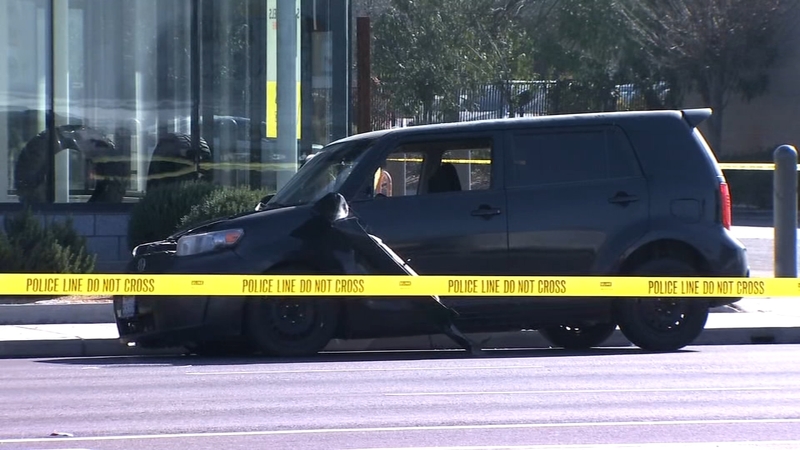 FRESNO, Calif. (KFSN) -- A homicide investigation is underway after a deadly crash in Central Fresno.

Officers were called to Shields and Fresno around 9 Monday morning for reports of a car chasing a motorcycle in a possible road rage incident.

Moments later, the vehicles crashed at Blackstone and Saginaw.

44-year-old Kair Saephan was taken to the hospital, where he died.

Detectives now believe the other driver intentionally drove into the motorcycle.

The suspect has been detained for questioning.

Police say witnesses told them someone involved in the crash had a gun but officers didn't find any weapons at the scene.

Officers are now talking to nearby businesses to get surveillance video of the crash.