This follows three Southern California crashes in less than a week, two of which involved fatalities.
KFSN 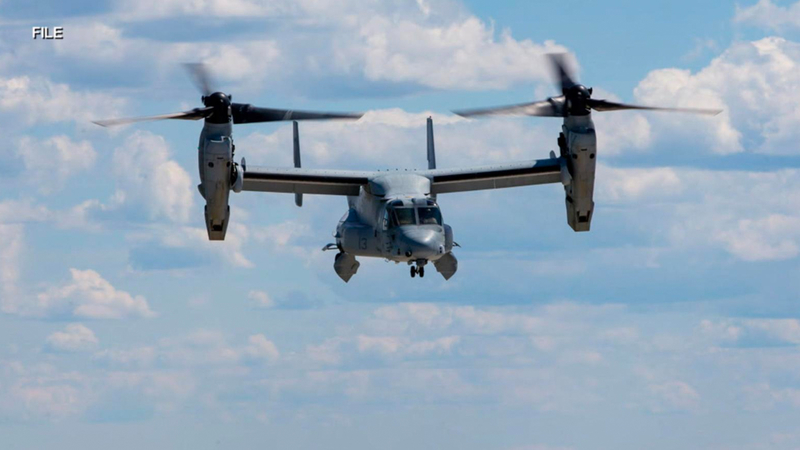 SAN DIEGO -- The U.S. Navy has taken a "safety pause" and grounded all non-essential flights in the wake of a series of aircraft crashes.

This follows three Southern California crashes in less than a week, two of which involved fatalities.

According to the Navy, the pause will ground all navy aircraft not deployed overseas "to review risk-management practices and conduct training on threat and error-management processes."

Five US Marines died after a military aircraft crashed during a training mission Wednesday near Glamis, California, the U.S. Marine Corps said in a statement.

The U.S. Marine Corps identified five people who died when their Osprey tiltrotor aircraft crashed during training in the Southern California desert.

Equipment recovery efforts "have begun" and an investigation into the crash involving a MV-22B Osprey is "underway."

The week before, Lt. Richard Bullock was killed when his F/A-18E Super Hornet crashed near Trona, in San Bernardino County. He was flying a routine training mission at the time of the crash.

A U.S. Navy pilot killed after his fighter jet crashed in the Mojave Desert Friday afternoon has been identified by military officials.

A U.S. Navy helicopter also crashed in California on Thursday, injuring one member of the Navy.