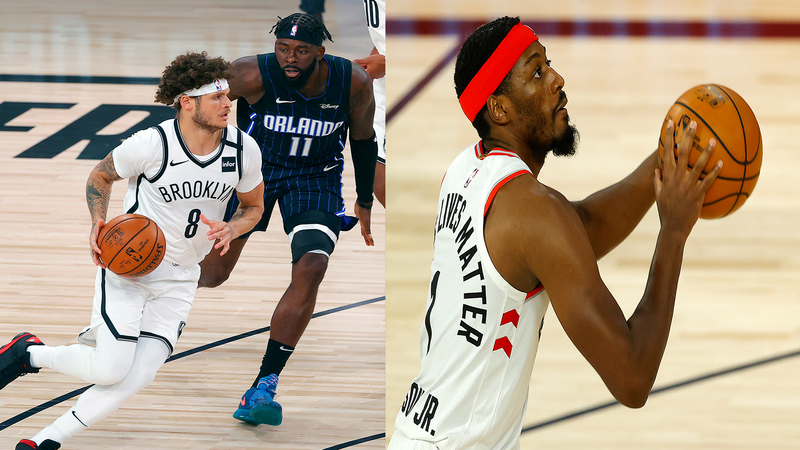 FRESNO, Calif. (KFSN) -- The NBA playoffs start Monday, and three former Bulldogs are making a lot of noise in Orlando.

We all know about Paul George with the Los Angeles Clippers, but this week, there was another Paul going off in the bubble.

The Raptors are the #2 seed in the Eastern Conference and they'll face off against the Brooklyn Nets in round one, and for Watson, a familiar face.

That familiar face is Tyler Johnson, who is averaging 16 points in his last four games for the Nets.

His last year at Fresno State, he played on the same team as Paul Watson in 2014. Johnson was third that year in Mountain West scoring.

Watson earned freshman of the year honors. The team went 21-18 that year before losing to Siena in the College Basketball Invitational.