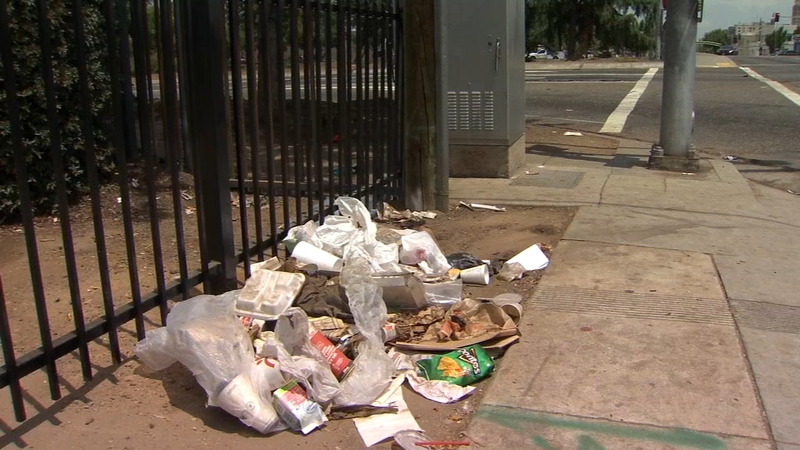 FRESNO, Calif. (KFSN) -- Trash and debris are piling up along Fresno freeways and streets and city leaders say enough is enough.

"At least in my remaining time here, one of my priorities is to leave this city, a cleaner city," said Fresno Mayor Lee Brand.

Officials say that garbage and other eyesores along local freeways will receive daily attention.

"Caltrans is providing $200,000, and Measure C provides $100,000, and the City provides $100,000. Really all three agencies have skin in the game to make our freeway system and community more attractive and less cluttered," said Mike Leonardo, Executive Director for Fresno County Transit Authority.

The areas around freeways were already taken care of by Caltrans, but the rise of homeless encampments along highways and off-ramps has stretched the department's resources.

That's why the city is stepping up to lend its support.

"This has been exacerbated by the homeless problem. That's made a lot of the trash along the highways is directly related to homeless encampments," said Mayor Brand.