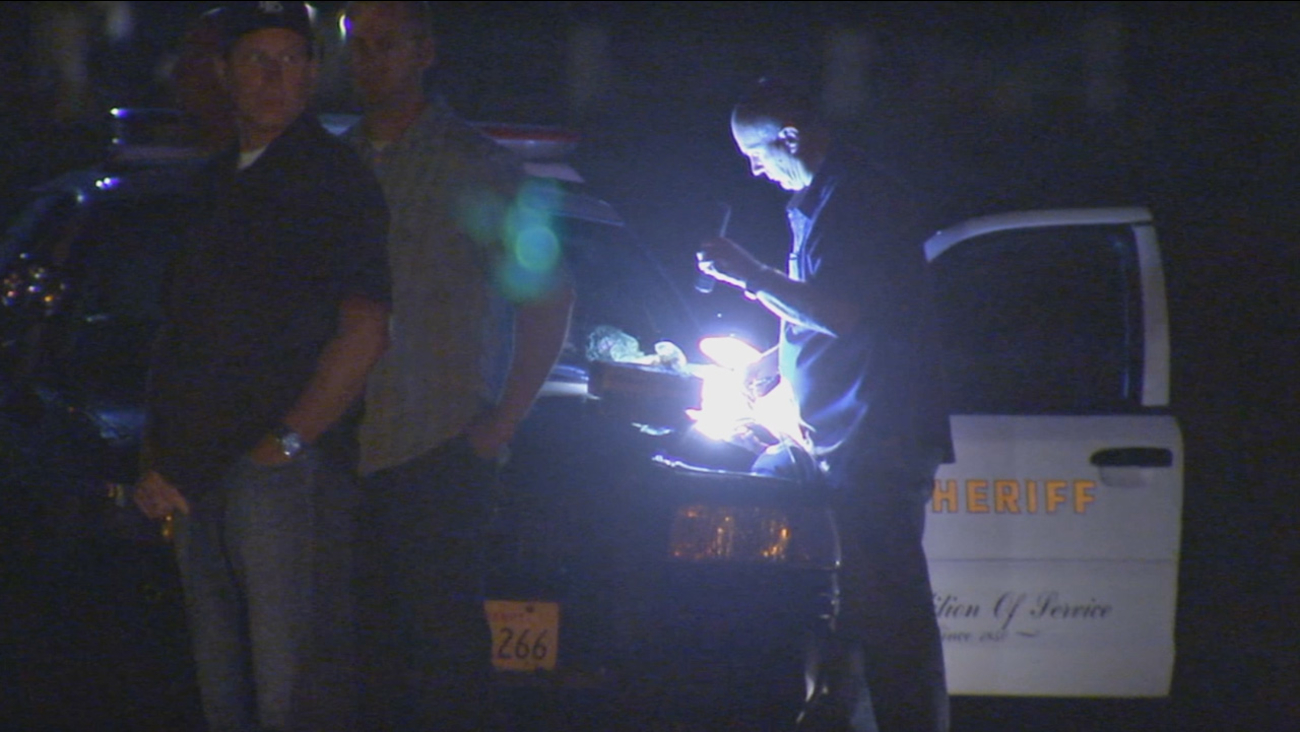 Authorities investigate the discovery of human remains at a home in the 2500 block of East Avenue Q-4 in Palmdale on Tuesday, Sept. 29, 2015.

PALMDALE, Calif. -- Three human skulls were found at a home in Palmdale on Tuesday, according to the Los Angeles County Sheriff's Department.

Huntington Beach police officers were serving a warrant in the 2500 block of East Avenue Q-4 when the initial discovery was made inside a shed on the property.

Officers from multiple agencies were then called to the scene to investigate the grisly find.

"It's going to take identification by the coroner's office to try to determine just exactly who these people are and where these skulls came from," said Det. Kevin Acebedo with the L.A. County Sheriff's Department's Homicide Bureau.

Acebedo also says the human skulls are adult-sized skulls and they appear to be part of the homeowner's religious practice.