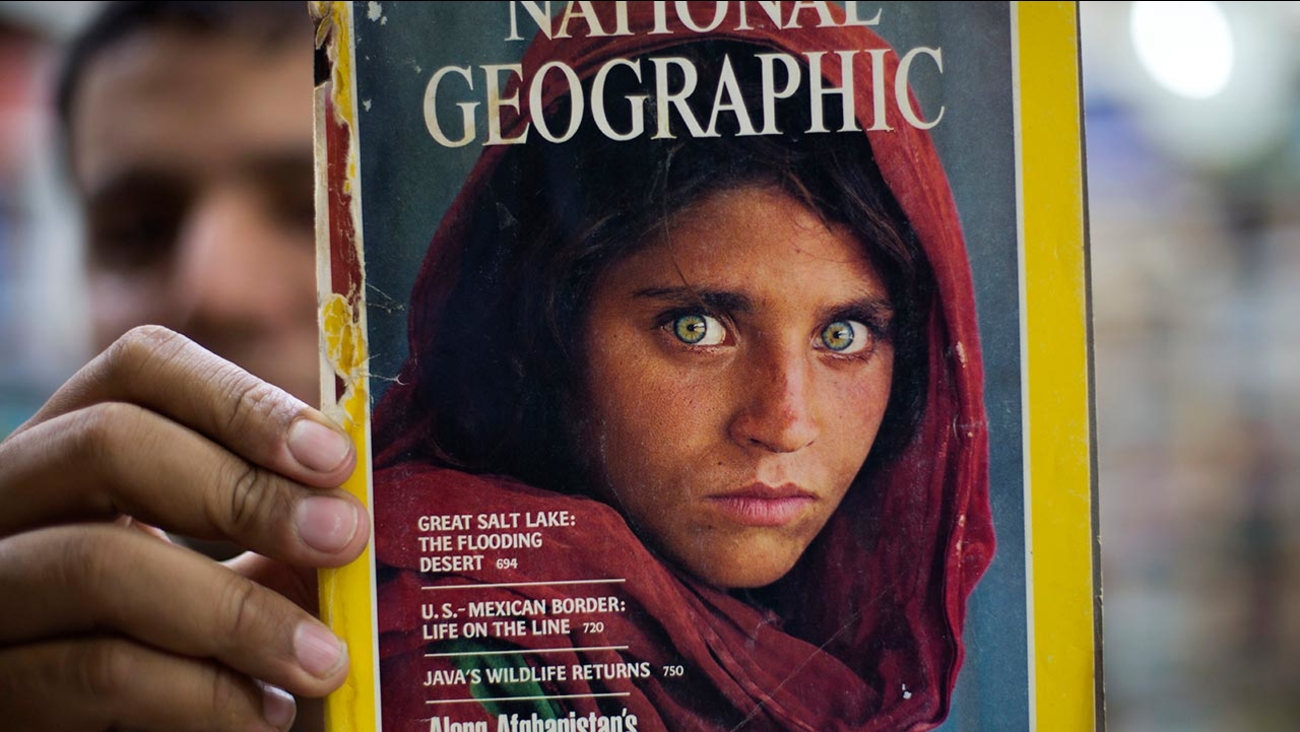 Pakistan's Inam Khan, owner of a book shop shows a copy of a magazine with the photograph of Afghan refugee woman Sharbat Gulla, from his rare collection in Islamabad, Pakistan (B.K. Bangash)

Shahid Ilyas from the Federal Investigation Agency, says the police arrested Sharbat Gulla during a raid on Wednesday at a home in Peshawar.

Gulla was an Afghan refugee girl when she gained international fame in 1984 after war photographer Steve McCurry's photograph of her, with piercing green eyes, was published on the cover of National Geographic. McCurry found her again in 2002, in Afghanistan.

Ilyas says some officials were later fired for providing Gulla with the fake ID and that she has since been living in hiding to avoid arrest.

Sharbat Gulla is believed to be in her 40s now. In 2002, National Geographic found Gulla told more of her story in an article titled "A Live Revealed."