WLS
NEW YORK -- Conjoined twins from Illinois were successfully separated overnight by surgeons in New York. One of the boys came out of surgery early Friday morning, followed by his brother several hours later.

Jadon and Anias McDonald were born connected at the head 13 months ago. It's a very rare occurrence. Conjoined twins occur once in 200,000 births. They shared 1.5 centimeters of brain tissue.

After a grueling surgery that lasted about 16 and a half hours, Jadon and Anias were separated for the first time in their lives. The surgeons then continued operating on each boy separately to rebuild their skulls.

Jadon came out of surgery around 8 a.m. Friday, while Anias' surgery was completed around 1 p.m. Friday - nearly 27 hours after surgeons first began operating. Both boys are now recovering in the intensive care unit at Children's Hospital at Montefiore Medical Center in the Bronx.

"I know things got pretty hard...and that you've been through more than I will ever experience in a lifetime...but I promise that it's going to be ok," Nicole McDonald, the twins' mother, wrote on Facebook after Anias emerged from surgery.

She said they will be intubated for at least a week and their family is facing a new future.

McDonald said Dr. James Goodrich, the world's leading surgeon in craniopagus separation, considered this his most difficult procedure ever. He told her the boys shared about four times more brain tissue than high-tech imaging systems could show. She said there was a point where he debated stopping the whole procedure, because it was just too risky.

"But an opening presented itself and they went for it. It ended up being the right call," McDonald wrote.

With no plan to cut so much tissue, Goodrich made the final cut based on his instinct. McDonald said Anias, who has had more difficulty in the boys' short life, "really got rocked in this procedure. It now is up to God in terms of how he recovers."

Doctors predict he may not be able to move one or both sides of his body, based on the area of brain that was dissected.

"Twenty-four hours ago he was so rambunctious, full of life. God, please give me my baby back," she wrote.

McDonald called Jadon a "rock star" who maintained his vitals through the whole procedure. She posted a photo of Jadon on Facebook around 7:30 a.m., just after hospital staff wheeled him into the Intensive Care Unit.

Nicole; her husband, Christian; their 3-year-old son, Aza; and the twins are originally from Braidwood, Ill., which is about 60 miles southwest of Chicago. The family moved to the Bronx in February, to prepare for the life-changing procedure.

After a huge leap of faith, it's back to taking baby steps from here forward. The boys were essentially reborn Friday. In many ways, they need to start infant development all over again.

A doctor said Friday the boys have been on their backs their entire lives, so they will need to learn motor control and how to take steps after they recover from the operation.

"This is an amazing, amazing family. They come from a small town in Illinois. They moved their entire lives to the Bronx, all for the love of their children, and they're making it work. We're going to keep tabs on them," the doctor said.

This is much welcome news for their family back in Braidwood. They had been waiting anxiously for an update.

"I just never knew that there was that many caring and generous people," said John Taylor, the twins' great grandfather.

"Nicki is so inspirational. She's been my hero. She has inspired so many of us, through her faith, through her dedication," said Debbie Burroughs, a family friend.

The family set up a GoFundMe page to help with expenses related to the surgery and future medical needs.
Related topics:
braidwoodsurgeryconjoined twinsu.s. & world
Copyright © 2021 WLS-TV. All Rights Reserved.
RELATED 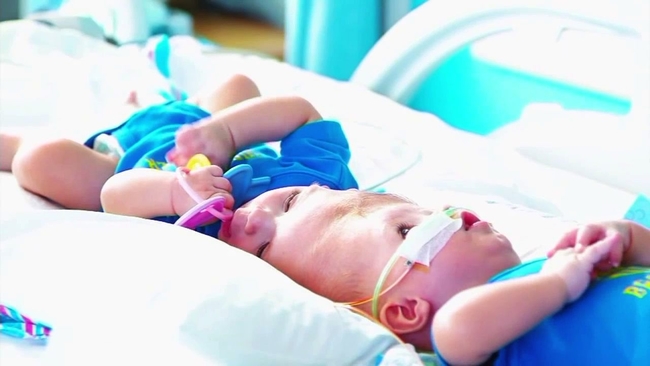 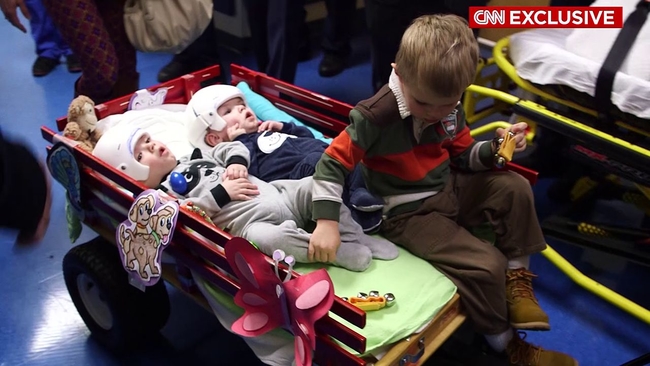 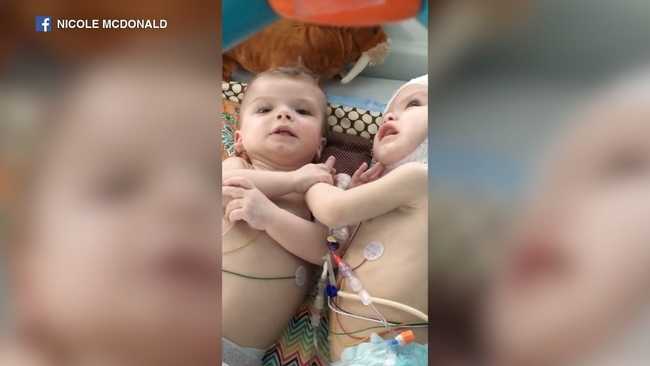