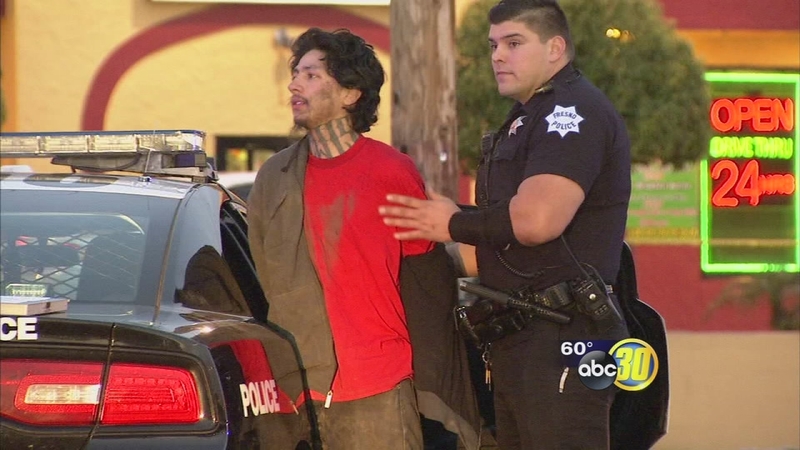 The incident took place in southeast Fresno shortly after 5 p.m. Friday afternoon. Neighbors say they saw the suspect walking down Maple avenue with a gun in hand.

Fresno police say the trouble started with a gang member and dispatchers received two calls from neighbors saying they saw a man along brandishing a handgun. "He, in fact, pointed that handgun towards two citizens who were sitting in a vehicle, but we don't know why," Fresno Police Chief Jerry Dyer said.

Several officers were dispatched to the scene. Police say the suspect refused to drop his weapon when told, and that's when an officer shot 4 to 5 rounds at 27-year-old Daniel Telles.

The bullets missed and the suspect continued running. He was eventually arrested down the road. "The handgun which we recovered from the gutter appears, at least, to have been fired and the gun is jammed," Dyer explained.

The suspect is a familiar face to Fresno police. Officers say Telles is a Bulldog gang member, and may have been under the influence of drugs when he acted out.

Police say they've seen an uptick in gang violence recently. So far this year, there's been three officer-involved shootings. And officers say there could be more. "We are saturating those areas where we know there is gang violence or a propensity to gang violence," Dyer explained. "We know we are going to be confronting a lot of these individuals with firearms, tonight happened to be one of those instances."