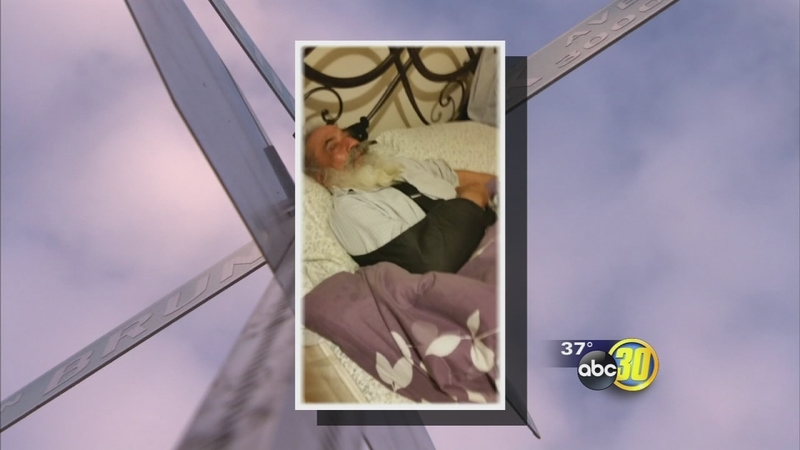 The assault happened at the intersection of Shields and Brunswick Avenues around 7 a.m. when Amrik Singh Bal, 68, was warmly dressed, wearing a turban and waiting for a ride to work.

Authorities say two men in a dark compact approached Bal and began swearing at him. Bal tried to cross the street in an attempt to escape, but the attackers backed up the car and hit him. Then they got out and beat the older man before fleeing the scene.

Hearing word of the attack saddened Randeep Singh, and also made him fearful knowing that a possible hate crime happened in his old neighborhood -- where his grandparents still live. "That's somebody's grandpa," Singh said. "That was somebody's dad, you know."

While attacking Bal, one of the suspects asked him, "Why are you here?" That launched a hate-crime investigation that Fresno police say will require the help of the FBI and Department of Homeland Security.

"It feels like my grandparents aren't safe, you know," Singh said. "They'd have to turn their backs and watch their shoulders."

That's exactly what Sikh community activist Ike Grewal has told other Sikhs to do, "And the people again said 'oh no not again,'" Grewal said.

This wouldn't be the first Sikh hate crime in Fresno. In September, a man was sentenced to 13 years in prison for attacking an 82-year-old Sikh man in southwest Fresno. After the recent Paris and San Bernardino attacks, Grewal feared something similar might happen again.

"After living here for 24 years do we still have to watch or prove ourselves?" Singh asked. "That we belong here."