Snoop Dogg on friend Nipsey Hussle: 'He was a fighter' 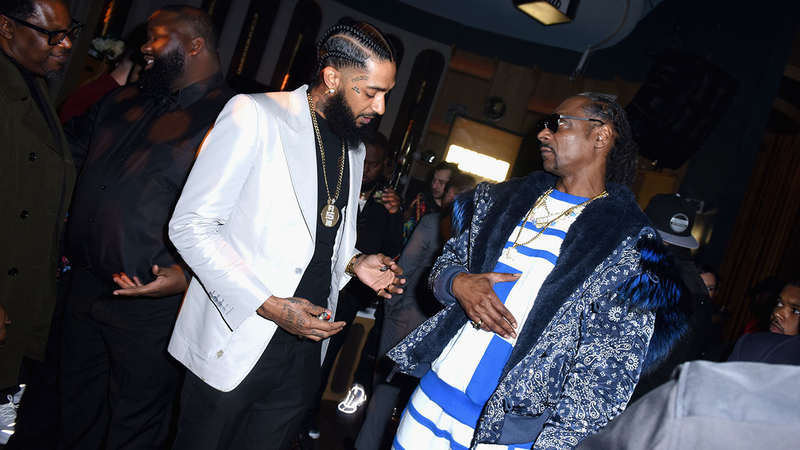 Snoop Dogg on Nipsey Hussle: 'He was a fighter'

LOS ANGELES -- Nipsey Hussle's legacy as a community activist, uniter, a doting father and a loving son were underscored at his public memorial service on Thursday, with deeply personal testimonies from those closest to the rapper, including dear friend Snoop Dogg.

Snoop Dogg's words to immortalize his friend were both serious and silly, as he told old stories about Hussle and their brotherhood.

"This a tough one right here," he said, visibly shaken but keeping his composure.

Snoop thanked Hussle's parents multiple times and told his father that "you picked up another son in me."

Hussle's father said he knew his son was strong because when he was born, the umbilical cord was wrapped around his neck but he prevailed.