North Korea agrees to moratorium on missile, nuclear tests if US agrees to talks 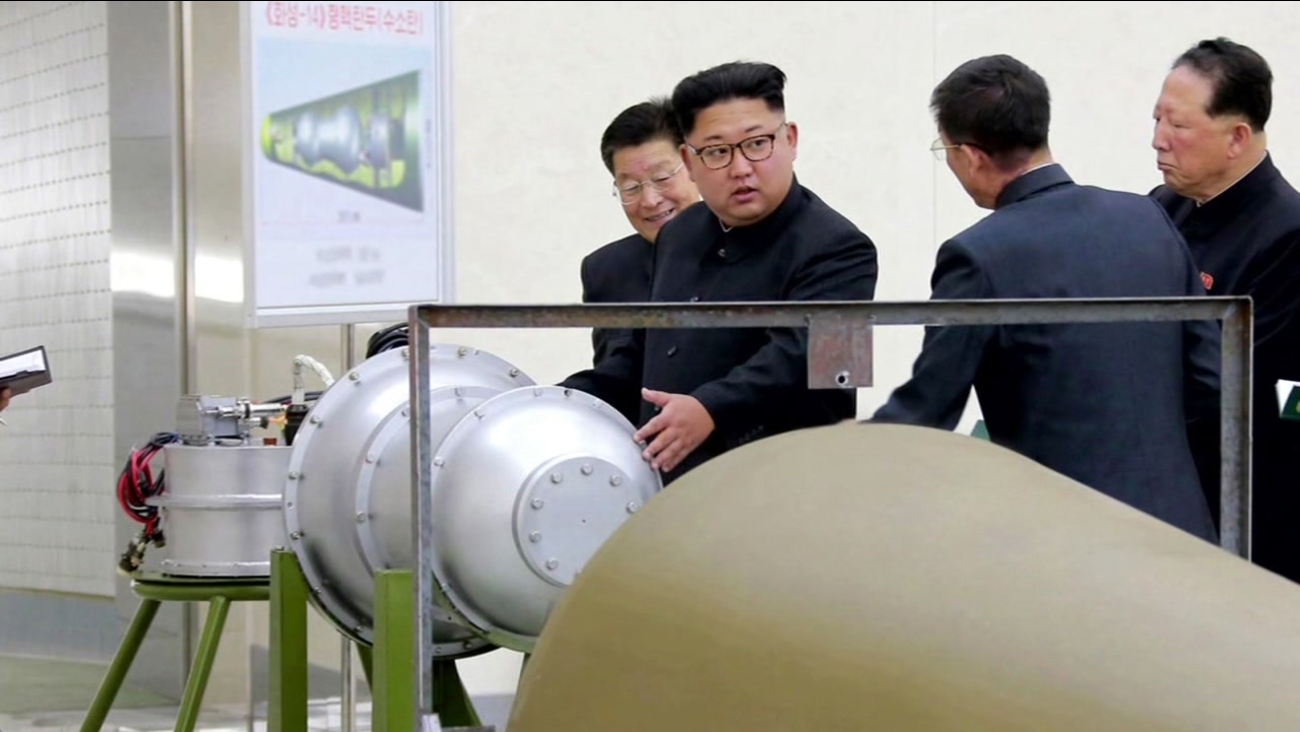 SEOUL, South Korea -- North Korean leader Kim Jong Un has agreed to meet with South Korea's president next month and impose a moratorium on nuclear and missile tests if his country holds talks with the United States, a senior South Korean official said Tuesday after returning from the North.

The agreements, which follow a flurry of cooperative steps taken by the Koreas during last month's Pyeongchang Winter Olympics, brightened prospects for a dialogue between North Korea and the U.S. over the North's nuclear program.

But there is still skepticism whether the developments can help establish genuine peace between the Koreas, which have a long history of failing to follow through with major rapprochement agreements.

The United States has also made it clear that it doesn't want empty talks with North Korea and that all options, including military measures, remain on the table.

Chung Eui-yong, South Korea's presidential national security director, said after returning from North Korea on Tuesday that the two Koreas agreed to hold their summit at a tense border village in late April. He also said the leaders will establish a "hotline" communication channel between them to lower military tensions, and would speak together before the planned summit.

The Koreas are to hold working-level talks ahead of the summit between Kim and liberal South Korean President Moon Jae-in. If realized, it would be the third-ever such a meeting since the Koreas' 1945 division. The two past summits, in 2000 and 2007, were both held in Pyongyang between Kim's late father, Kim Jong Il, and two liberal South Korean presidents. They resulted in a series of cooperative projects that were scuttled during subsequent conservative administrations in South Korea.

Chung said North Korea also expressed willingness to hold a "candid dialogue" with the United States to discuss its nuclear disarmament and establish diplomatic relations. While such talks with the United States are underway, Chung said North Korea "made it clear that it won't resume strategic provocations like additional nuclear tests or test-launches of ballistic missiles."

North Korea also said it would not need to keep its nuclear weapons if military threats against it are removed and it receives a credible security guarantee, Chung said. He said the North promised not to use its nuclear and conventional weapons against South Korea.

Analyst Cheong Seong-Chang at South Korea's Sejong Institute said the agreements "potentially pave the way for meaningful dialogue between Washington and Pyongyang" and offer an opportunity to stably manage the threat posed by North Korea's nuclear weapon and missile programs.