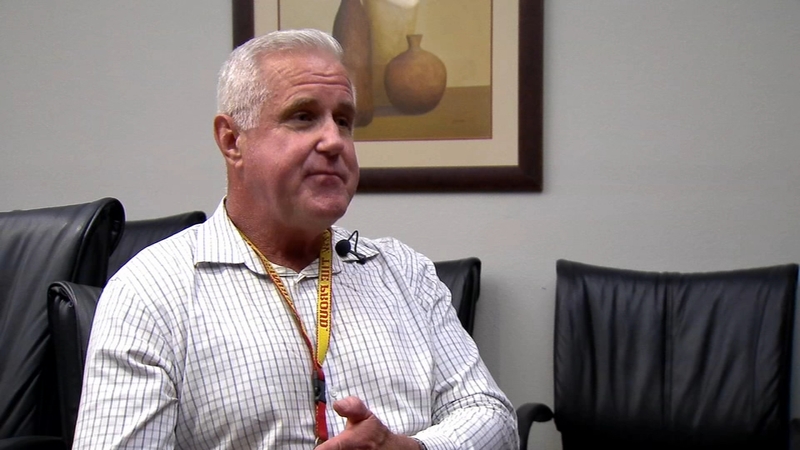 FRESNO, Calif. (KFSN) -- After a racially insensitive social media post drew national attention, top district leaders, parents, and students from Bullard High School and beyond have learned the severity of bullying. Now, Fresno Unified Board Member Terry Slatic is being accused of just that.

Williams says, "These girls that were in there, they're traumatized. The police had to be called."

According to parents, Slatic threatened the squad, saying they wouldn't be allowed to go to cheer camp if they were to speak publicly about the two girls removed from cheer for their part in the "blackface" video.

After a racially insensitive social media post drew national attention, top district leaders, parents, and students from Bullard High School and beyond have learned the severity of

"The Superintendent and I had the discussion thinking someone has to speak to this team and explain this has to stop," Slatic said. He added, "I clearly explained who I was, so anyone that wants to maintain that some big guy comes in and starts yelling at them, doesn't have a clue as to what happened."

Board member Slatic says the parents of the girl in the video approached him after what he calls retaliatory bullying even after they had been reinstated.

Slatic says he told the squad, "You guys need to stop the mean girls stuff and if you don't stop there are potential consequences" and added, "You don't get to single out a kid for a particular incident when it happens 100 times per day according to campus assistants and school resource officers."

But concerned parents questioned why he inserted himself in the situation in the first place. Community advocates now hope to recall Slatic, something that would take a minimum of 20% of registered voters in his district.

"Fresno Unified School District is aware of the concerns among the parents of the cheerleading squad at Bullard High School regarding recent actions of Board member Terry Slatic. Superintendent Bob Nelson held a meeting with these parents to provide a forum for open dialogue and discuss how best to ensure a safe and healthy environment for their students. We are creating an action plan that will be shared with the parents for their input. The District will continue working toward a solution that meets the needs of our students and parents. Beforehand we appreciate the availability of parents to be open to dialogue."