Officers say both of the victims are older men who live in Parlier.
KFSN 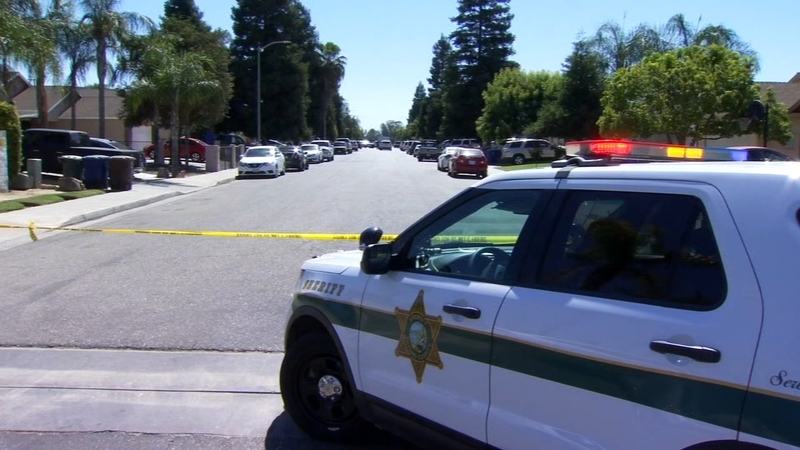 PARLIER, Calif. (KFSN) -- A man is dead and another is recovering in the hospital after an early morning shooting in Parlier.

On Sunday morning just after 4:30, officers got a 911 call about a shooting at a home near Ninth Street and Whitner Avenue.

When officers arrived, they found two victims of gunshot wounds.

It's the second murder in the city of Parlier this year.

Officers say both of the victims are older men who live in Parlier.

One of them was critically injured after being shot twice in the upper body.

The second victim was only hit once but died in the hospital.

A neighbor in the area who didn't want to go on camera shared a video of a vehicle with bullet holes and a blown-out back window getting towed away from the scene.

At this moment officers are not saying if the victims were inside the car when they were attacked.

Action News reached out to one of the victim's nieces, who say the family is not ready to talk.

On Facebook, she said her uncle was a field laborer who had gotten up early for work.

The surviving victim is being treated at Community Regional Medical Center.

Investigators are asking anyone with information on the shooting to come forward.

They can also leave an anonymous tip by calling Valley Crime Stoppers.

The Parlier Police Department has turned over the investigation to the Fresno County Sheriff's Office as the search continues for the shooter.