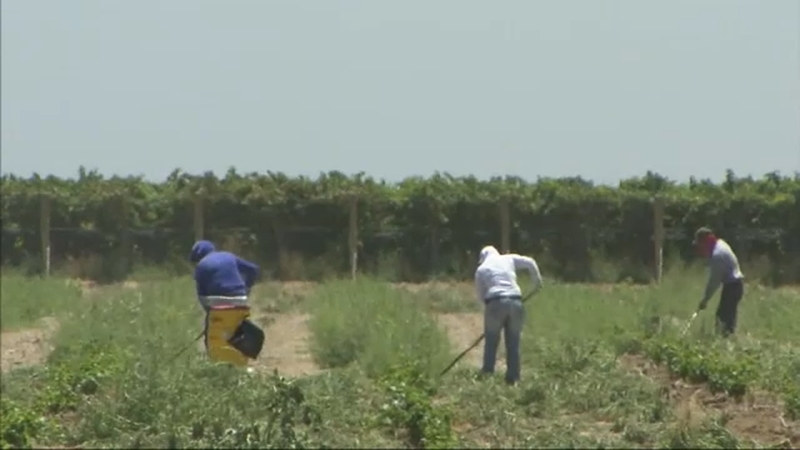 CLOVIS, Calif. (KFSN) -- They toil long hours in the sun and the cold, but comfort and craftsmanship have never been a consideration when it comes to housing for farmworkers.

"Affordable housing, in general, has really been stigmatized over the years," says Paul Halajian.

Paul Halajian Architects in Clovis was one of three firms to win a Merit Award for designing modern, sustainable housing for farmworkers.

The selected project site was Visalia, so Halajian knew his firm had to enter the competition.

"We realized we can't just sit on the sidelines and let somebody else from another part of the world solve the problem in our own backyard," he said.

The project's zero-energy design featured solar panels as well as the use of sustainable materials.

"So we used cross-laminated timbers for floor slabs instead of concrete," Halajian said. "We used a technique called rammed earth for all the perimeter walls."

The dirt would be placed into a form, compressed and then insulated.

The complex also includes space for laborers to decontaminate after a long day of work.

"Take off their clothes, shower, change, and then go into their living space so as to not bring those contaminants into where they're living," Steinmetz said.

Growing demand for affordable housing has Halajian architects working on several projects, including the Crossroads Village on the site of the old Smugglers Inn in central Fresno.