Newly-elected council members would have their salary go from $80,000 a year to $135,000 a year.
KFSN
By Vanessa Vasconcelos 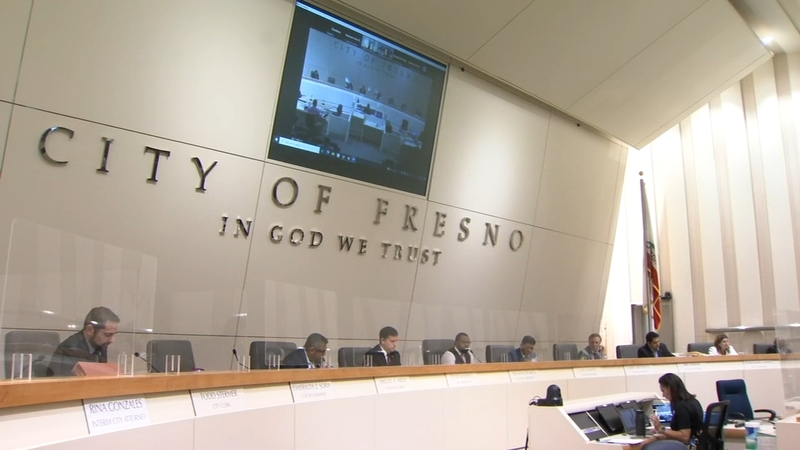 FRESNO, Calif. (KFSN) -- A resolution has been passed at Fresno City Hall that would give council members and the mayor a 69% pay raise.

The ruling happened Thursday morning at Fresno City Hall with a 5-2 vote.

"My hope is in the future we attract highly qualified candidates for the position," said councilmember Luis Chavez.

The resolution was designed to make a city council member's salary equal to that of Fresno County supervisors.

While the proposal came from Council Vice-President Tyler Maxwell, he would not be eligible for the raise unless he wins a second term.

Councilmember Miguel Arias says his income was reduced by half when joining city council.

"For 8 years I didn't contribute to social security, or my pension, 8 years that I have to figure out how to make up after my service on the city council," he said.

The resolution is designed to make a city council member's salary equal to that of Fresno County supervisors.

"The big difference is the council members at City Hall don't receive retirement or pension so you have council members working 4-8 years of their life without building up any of that portion," said Fresno City Council president Nelson Esparza.

Councilmember Bredefeld says this would bring council salaries to higher than those of San Diego councilmembers. In comparison, the population of San Diego is nearly triple that of Fresno - more than 1.4 million.

"You have households that have a median income of less than 50,000, and you're going to give yourself 55,000 and people can't put food on the table, they cant pay gas. And these guys are living like kings here," he said.

Mayor Dyer wouldn't comment on camera but issued a statement that said in part, "A 69% raise in one year is significant. A more responsible approach would be to provide incremental pay increases over time that will allow elected officers to receive salaries comparable to cities similar to Fresno."