Hawks to be used to control crow situation in downtown Hanford 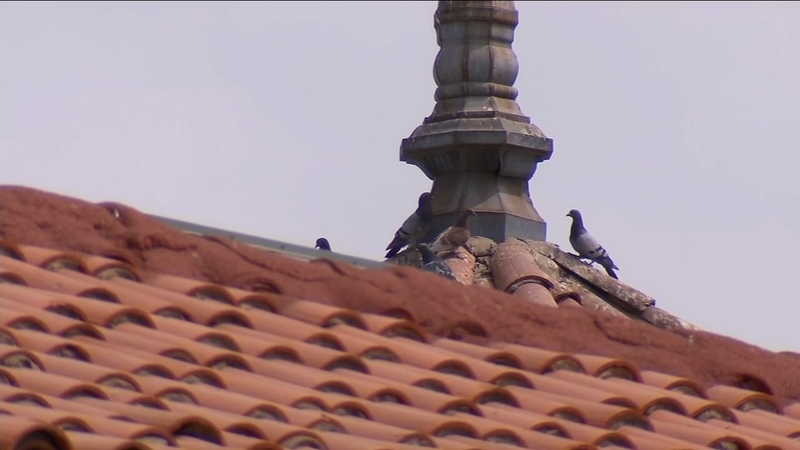 Hawks to be used to control crow situation in downtown Hanford

HANFORD, Calif. (KFSN) -- Pigeons are the prominent bird during the daytime in downtown Hanford, but once night falls, people say there's an invasion... of crows.

For decades, the city has dealt with the issue in different ways, but none have solved the nuisance.

"Once we find the right solution, which I really think we have, then I think we're going to be dealing with a lot less of an issue," said Main Street Hanford Executive Director Michelle Brown.

Main Street Hanford is the downtown revitalization group that recently entered an agreement with Integrated Avian Solutions, which will use a falconry-based hazing program to displace and redirect crows from the downtown area.

The price of the six-month program is $44,500, and the city of Hanford will fund half of that cost.

According to the company's proposal, teams of falconers and hawks will patrol a 20 block downtown area at night, sweeping crows from where they roost.

The company has highlighted their recent crow control success in downtown Portland, Oregon.

"We're talking about a very humane approach," Brown said. "No crows will be harmed. The hawks are trained not to eat the crows. They're just there to give them that sense of predator vs. prey, and show them who's boss, and tell them to leave town."

He has his share of crow complaints, but he's confident this new approach will work.

"I've done research. I ask questions, they gave me information," Johnson said. "That's why I felt it was something that I needed to move forward with as a donator to the project."

Main Street Hanford says other businesses have also contributed to the cause.

They say there's hope that the birds will fly away, and humans will rule the roost again.