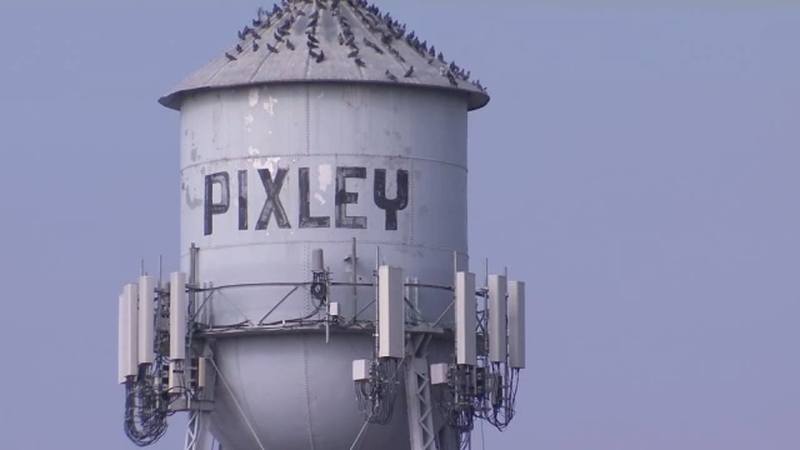 TULARE COUNTY, Calif. (KFSN) -- Water systems in many small communities across Central California are due for improvements to meet new standards and deal with the drought, including Pixley in Tulare County.

"A lot of folks don't really think about all the pieces that are a part of the water systems and a lot of them are very old," said Kristopher Tjernell with the Department of Water Resources.

The agency announced its 4th round of funding support through the Small Community Drought Relief Program.

It's an opportunity leaders in Pixley took advantage of immediately.

"The Pixley board has been very proactive in moving forward with master planning or other kinds of evaluations of the system so when this came up, we were able to respond quickly," said District Engineer, Michael Taylor.

Kristopher Tjernell with the Department of Water Resources they were authorized by the legislature to spend $200 million to provide technical and financial assistance to small communities facing water supply challenges and have so far awarded $65 million.

"The title of the program is drought relief but in actuality, we are trying to make sure these investments address the immediate needs but also as an eye toward the future," said Tjernell.

As of November, 37 projects have been selected for funding including, two in Pixley.

"Some of the water lines in Pixley were constructed back in the 1940s, so they are smaller, made out of steel and that is susceptible to leaks," said Taylor.

Taylor says they've worked on improving their systems for over a decade but it's a slow process when funding is not available.

The new funds are helping to fast-track many of the projects that will improve the quality of life for their community.

Some of the current projects will be completed in 2022.

Local leaders interested in applying for similar grants can head to these links: