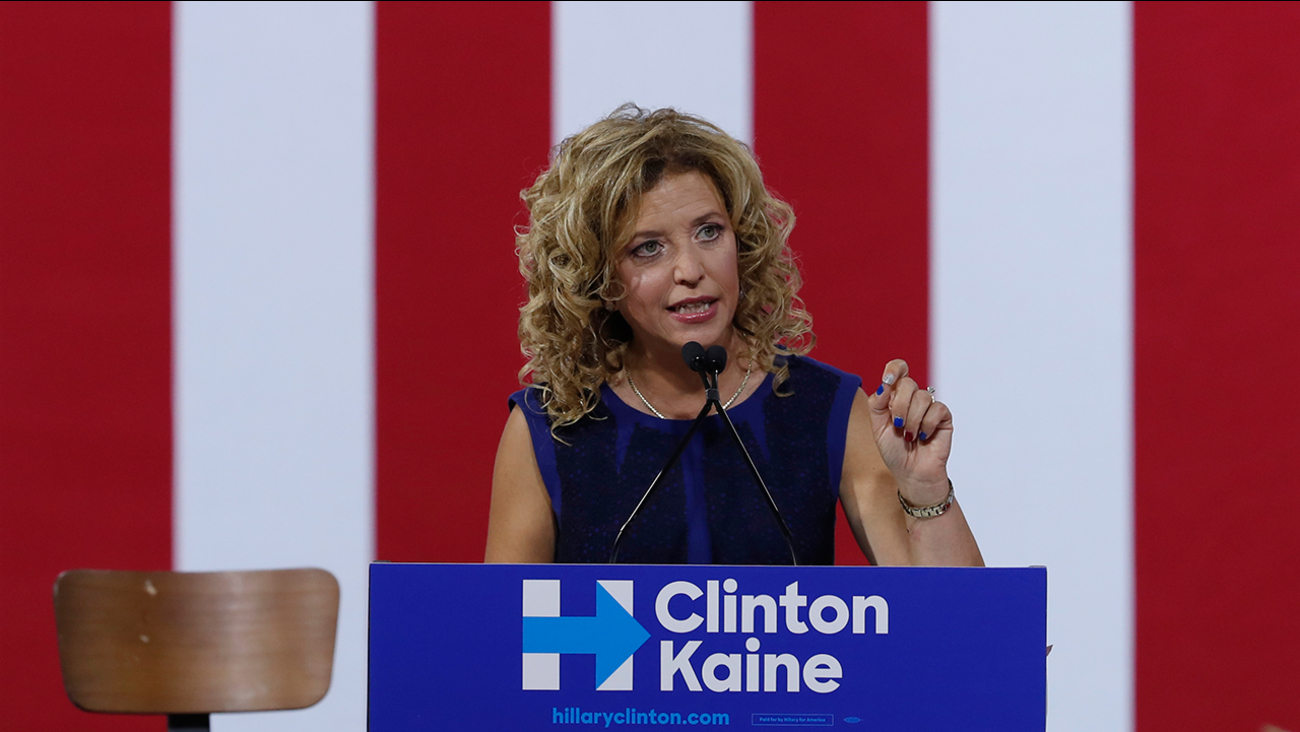 AP
The FBI said Monday it is investigating how thousands of Democratic National Committee emails were hacked, a breach that Hillary Clinton's campaign maintains was committed by Russia to benefit Donald Trump.

A statement from the FBI confirmed that it is "investigating a cyber intrusion involving the DNC," adding that "a compromise of this nature is something we take very seriously."

Wikileaks posted emails Friday that suggested the DNC was favoring Clinton over her rival Sen. Bernie Sanders during the primary season, prompting Clinton's campaign to point to a massive hacking of DNC computers in June that cybersecurity firms linked to the Russian government.

Donald Trump on Monday dismissed as a "joke" claims by Hillary Clinton's campaign that Russia is trying to help Trump by leaking thousands of emails from the Democratic National Committee.

"The new joke in town is that Russia leaked the disastrous DNC e-mails, which should have never been written (stupid), because Putin likes me," Trump wrote as part of a series of Tweets. "Hillary was involved in the e-mail scandal because she is the only one with judgement (sic) so bad that such a thing could have happened."

The hacking enraged die-hard Sanders supporters who have long claimed that the DNC had its finger on the scale throughout the primaries. The disclosures prompted the resignation of DNC chairwoman Debbie Wasserman Schultz on the eve of the party's convention in Philadelphia, where Clinton is expected to officially accept the nomination for president.

It wasn't immediately clear how WikiLeaks received copies of the internal Democratic emails.

Democratic Party officials learned in late April that their systems had been attacked after they discovered malicious software on their computers. A cybersecurity firm they employed found traces of at least two sophisticated hacking groups on the Democrats' network - both of which have ties to the Russian government. Those hackers took at least one year's worth of detailed chats, emails and research on Donald Trump, according to a person knowledgeable of the breach who wasn't authorized to speak publicly about the matter.
Related topics:
politics2016 democratic national convention dncbernie sandershillary clinton
Copyright © 2021 by The Associated Press. All Rights Reserved.
TOP STORIES
Large vegetation fire prompts mandatory evacuations near Auberry
1 shot in SE Fresno while trying to stop assault
President Biden meets 1-on-1 with Russian President Putin
Merced teacher back home after battle with COVID-19
50K Six Flags tickets announced as new vaccine incentive
Looking back at the ups and downs of COVID in Central CA
Fire burns 2 homes in northeast Fresno
Show More
24-year-old man shot in southwest Fresno, police say
House moving quickly to pass bill making Juneteenth a holiday
Valley Children's ranks as one of best US children's hospitals
What changes throughout Central California as state reopens
Tips for staying safe during a heat wave
More TOP STORIES News