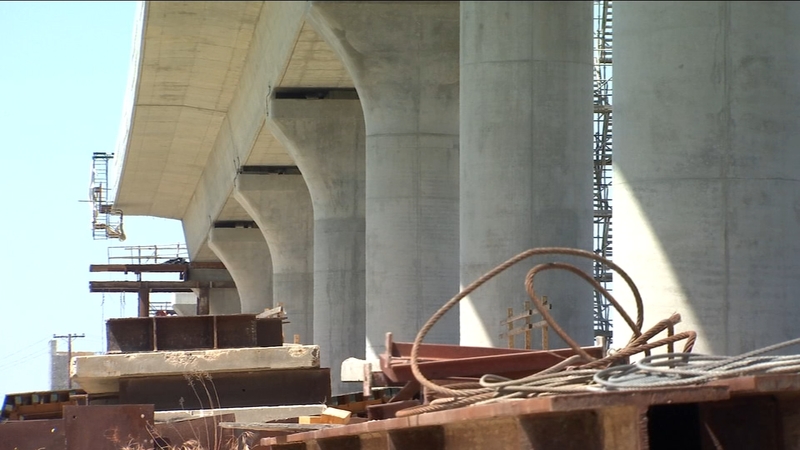 EMBED <>More Videos
SACRAMENTO, Calif. -- The Trump administration will not immediately give $1 billion it revoked from California's high-speed rail project to another project, according to a legal agreement reached Wednesday between the two.

The Federal Railroad Administration announced last week it was revoking the money, prompting California to sue on Tuesday. Beyond the lawsuit, the state planned to seek a temporary restraining order halting the federal government from giving the money to a different rail project.

The new agreement means the state won't file the restraining order, but it does not change the status of the lawsuit.

California is trying to build a high-speed rail line between Los Angeles and San Francisco, a venture expected to cost upward of $77 billion. The $929 million is for a segment of track already under construction in the Central Valley that must be completed by 2022.

The Federal Railroad Administration has argued California hasn't made progress and can't meet that deadline. California, meanwhile, has faulted the federal government for cutting off the partnership with the project and says it has no basis for revoking the money several years ahead of the deadline.