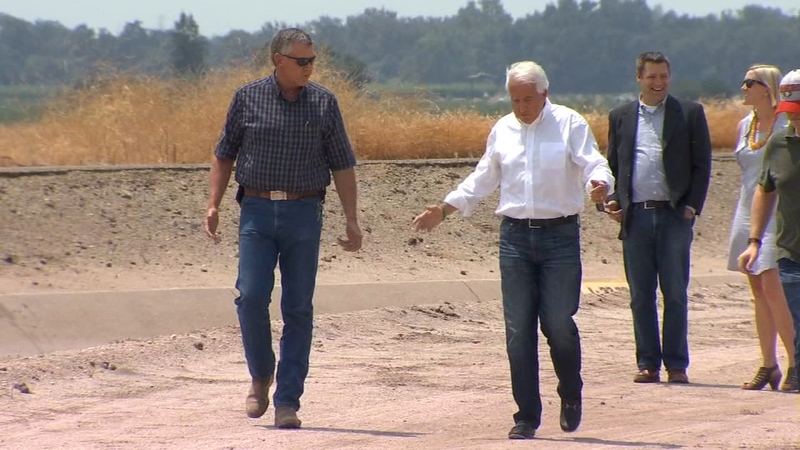 John Cox focused on water during his Wednesday visit. He threw his support behind an $8 billion water infrastructure bond which goes before voters in November.

Subsidence is causing portions of the Friant-Kern Canal to drop. The land is sinking in some areas due to groundwater over-pumping.

Gubernatorial candidate John Cox returned to the valley to show his support for farmers. Cox said, "Without agriculture, this economy falters."

Cox favors Proposition 3 which would provide $750 million for improvements along the Friant-Kern Canal.

The San Diego businessman explained, "We need to have money for building up the banks so the water can flow better and farmers can access it."

Cox's opponent, Democrat Gavin Newsom, was in Fresno a day earlier. He believes the repeal of the 12 cent gas tax, which goes to road improvements, would be bad for California. Newsom said, "Thousands and thousands of projects will simply end, infrastructure will continue to erode, public safety will diminish. You'll have more congestion. More repairs on your vehicles."

Cox countered, "He's not telling you the truth, because Caltrans spends 3 to 4 times what Texas spends on building a mile a road."

The race for governor offers clear-cut differences in the candidates.

We asked Cox, "If you become governor, what happens to high-speed rail?" He replied, "Gone. You know what, that project is a testament to corruption. It's being built where it is being built because of political influence peddling."