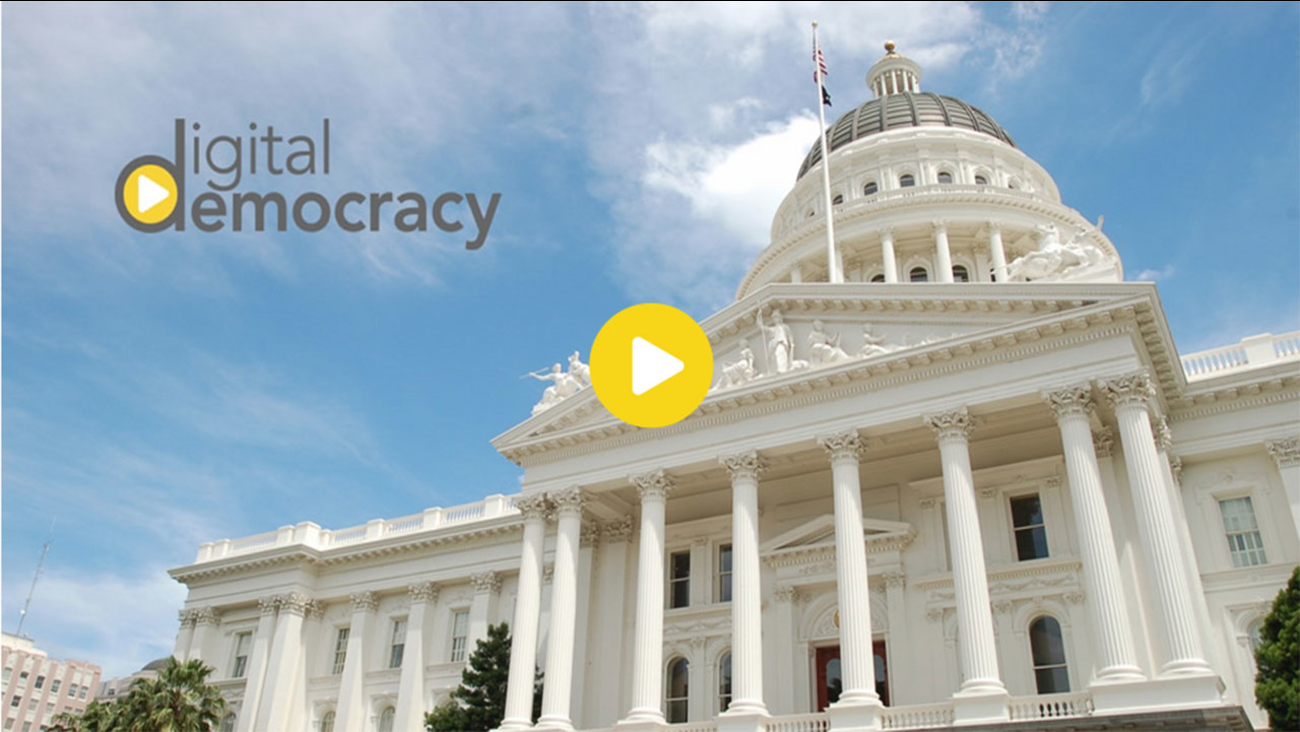 SACRAMENTO, Calif. -- Lt. Gov. Gavin Newsom and former state Sen. Sam Blakeslee have teamed up with computer scientists to create a video search engine that they say will lift the shroud on government by allowing people to see, read and share what their representatives are doing in the state Capitol.

Newsom, a Democrat, and Blakeslee, a Republican, will join students from California Polytechnic State University, San Luis Obispo, on Wednesday in Sacramento to announce www.digitaldemocracy.org, a free, nonprofit Web-based platform that uses the latest technology to give citizens virtual access to state legislative hearings.

"Government is on the leading and cutting edge of 1973," Newsom said of a mindset that has contributed to voter apathy and distrust. "This is a first stab ... to take back ownership of the special interests that dominate not just Sacramento, but state offices, buildings and halls across this country."

The result is a Google-like dashboard that takes people to legislative hearings on the topics they care about, whether it's a bill calling for mandatory vaccinations for schoolchildren or raising the minimum wage. Digital Democracy not only plays the conversations but transcribes what was said and identifies the speaker. The public can see who has given to the lawmaker and who hired a lobbyist, as well as how often a particular citizen has testified.

Currently, there's about a week's delay on hearings as the system ingests video and various sources of data. Once there, it can all be shared online with the click of a button.

"From my perspective, this is the opening wedge in a larger battle to bring transparency to government," said Blakeslee, who served as Assembly minority leader from 2009-2010.

After Blakeslee lost his seat because of redistricting in 2012, he founded the Institute for Advanced Technology and Public Policy at Cal Poly with a mission to enhance civic engagement through technology. Newsom was an early advisory board member with an interest in promoting civic engagement through social media, a concept he wrote about in his book, "Citizenville."

With a $1.2 million grant from the Laura and John Arnold Foundation and subsequent $165,000 grant from the Rita Allen Foundation, the Cal Poly team created a working prototype of Digital Democracy using voice and facial recognition, data mining and natural language processing.

Blakeslee said having big data allows the public to see not just the powerful correlations between money and issues, but helps tease out the cozy relationships lawmakers have with special interests, whether it's a corporation or union.

The architects of Digital Democracy have deliberately designed the tool so it can be replicated in other statehouses and, perhaps, one day be used to track key decisions made by obscure regulatory agencies.

Foaad Khosmood, a Cal Poly computer science professor who is the senior research fellow on Digital Democracy, said he was excited to work on the project because it promotes innovation in government. Justin Rovin, a 26-year-old computer science graduate student, said the project helps citizens hold their elected officials accountable even as the number of statehouse reporters has declined.

For advocates with limited resources like Jim Roberts, founder of Family Care Network, a nonprofit that assists foster children along California's central coast, the platform could mean staying engaged without driving for hours just to attend a committee hearing.

With more funding, Blakeslee and his team hope additional tools can be added. For example, Digital Democracy has the potential to track how people feel about a contentious bill or identify what topics lawmakers are most passionate about using speech patterns.