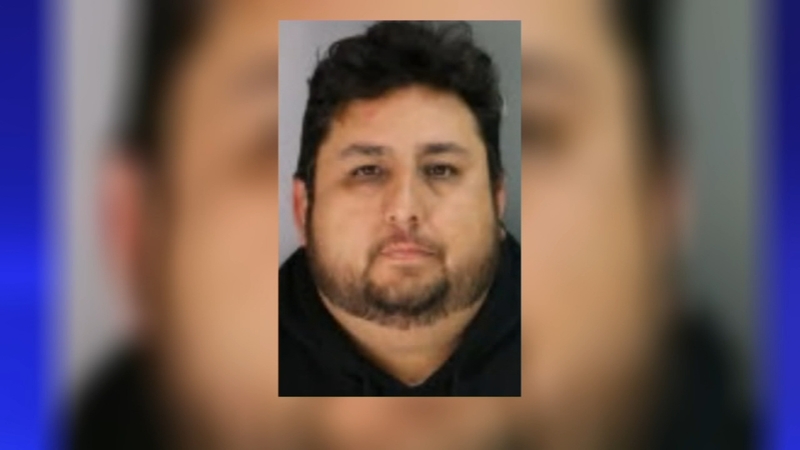 TULARE, Calif. (KFSN) -- Back in January of 2017, the Tulare County Sheriff's Office learned about an inappropriate social media relationship between a 15-year-old Porterville High School student and David Carrasco, a coach and instructional aide at the school.

Authorities arrested him through a sting operation.

It's not believed Carrasco had any inappropriate physical contact with that student, and Carrasco was fired from the school district within days of his arrest.

But in September of that year, another person told Porterville Police that they had a sexual relationship with Carrasco as a minor in 2015.

Prosecutors say the additional victim, who didn't go to Porterville High, came forward after Carrasco asked that victim to send him explicit photos of their underage friends-while out on bail on his case.

"And that's why this is such an egregious case and why we did ask for the maximum punishment," Verissimo said.

On Friday morning, a Tulare County judge sentenced Carrasco to nine years in prison for both cases, including charges of possessing child pornography.

He'll have to register as a sex offender and was also ordered to stay away from both victims for ten years.

The DA's office says the case is a reminder for parents, especially as the holiday break begins.

"There's going to be a lot of children that are at home, that are going to be on their electronic devices, and they might be contacted by people," Verissimo said. "We want to stress how important it is for parents to communicate with their children, to look on their child's electronic devices, and to make sure that they are abreast of who their children are talking to."
Report a correction or typo
Related topics:
tularesex offendercrimesex offenseinternet sex crimes
Copyright © 2022 KFSN-TV. All Rights Reserved.
CRIME
PG&E's criminal probation to end amid ongoing safety worries
Loved ones grieve for Missy Hernandez at Fresno vigil
Man found shot inside car in southeast Fresno
Gov. Gavin Newsom in LA after 'porch pirates' target cargo trains
TOP STORIES
Le Grand woman accused of killing children makes 1st court appearance
Mayor Jerry Dyer responds to One Fresno Foundation allegations
Omicron surge in Central CA continues despite slowdown in other areas
Deputies investigating series of armed robberies in Tulare County
Garbage truck goes up in flames in northeast Fresno
1 stabbed during altercation in central Fresno
39-year-old man shot in Visalia, police investigating
Show More
Supreme Court Justice Stephen Breyer to retire
Sierra Kings Health Care District celebrates 60 years of service
Good Sports: Homeschooled Valley soccer star to play at Pepperdine
North Valley nursing program offered to Atwater High School seniors
Fed plans to raise rates as soon as March to cool inflation
More TOP STORIES News