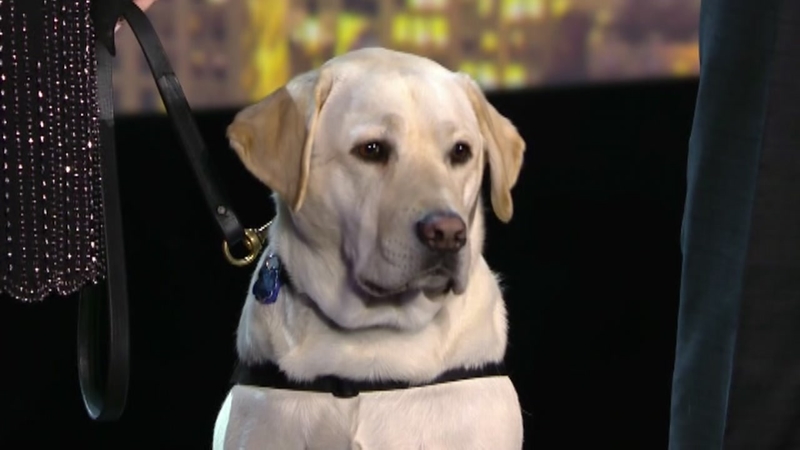 NEW YORK CITY, New York -- During President George H.W. Bush's funeral, service dog Sully captured the hearts of people across the country when he was photographed lying in front of Bush's casket.

Sully has been 41's loyal companion until the very end.

And on Sunday night, he was recognized during the 2018 CNN Heroes Awards.

"He's two and a half years old so he's got a lot of contributions to make in the future. And thank you for all you do. It's incredible," Anderson Cooper said as Sully stood on stage with Sully's trainer, Valerie Cramer.

Sully will now go to Walter Reed Hospital in Washington, D.C., where he will continue helping veterans.

Sully is a beautifully trained golden lab from America's VetDogs non-profit organization in New York. He was with Bush during his final months until he passed away on Nov. 30.